Today would have been the 141st anniversary of Heinrich and Susan (Lehner) Birner.  They were married at Trinity Lutheran Church in 1875 by Rev. Koestering.  Henry was a blacksmith.  As the years went by, he also became a gunsmith and a wagon maker.  Here is a photo of his livery stable which was taken during the 1903 flood.

The Birner Hotel was located not far from the first site of St. Paul’s Lutheran Church in Wittenberg.  We can see that in this photo. 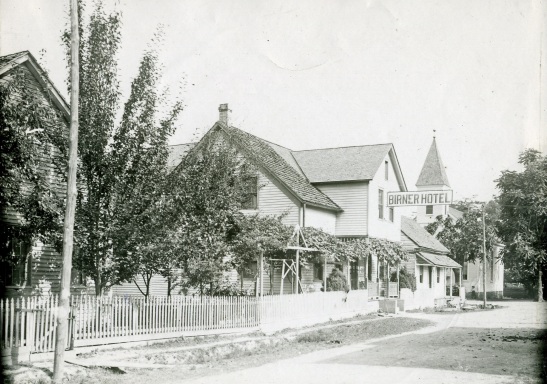 The 1910 census has some interesting entries about the Birner family and the extra people they had living at their hotel.

In addition to the Birner family, there was also a cook, a chambermaid, and two boarders.  One boarder was Henry Steger, who was the telegraph worker for the railroad.  The telegraph office was located in the railroad depot.  Another boarder was Rufus Schneider.  He was the teacher at St. Paul’s Lutheran School.  The school was operated in the same building as the church in those days, so you can get an idea of how far he had to walk in order to go to school each day by looking at the previous photo.

Here is another photo of the street which housed the Birner Hotel.  It was also taken during the 1903 flood.  This was called Second Street. 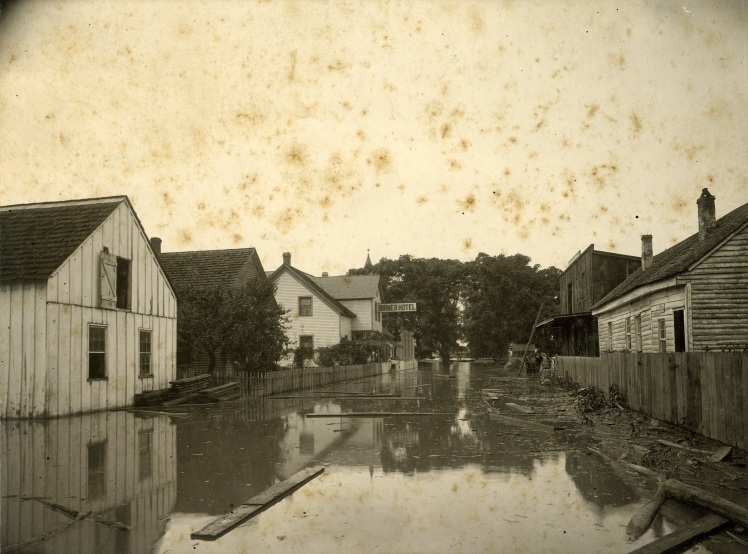 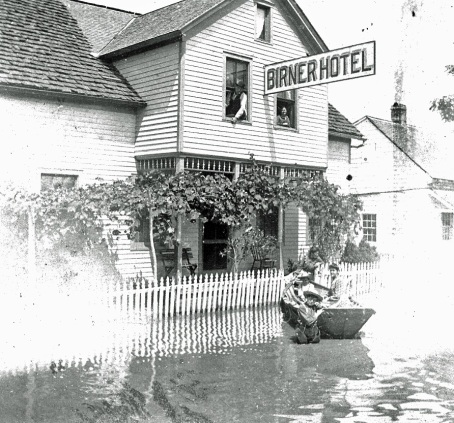 Henry and Susan can be seen in the upstairs windows.  Some of their children are with the rowboat.  The couple had seven children, but three of them died very early.  This next photo was taken in 1905.  The Birner family is standing on the porch with Henry and Susan on the right.

Here is a photo of Henry when he was younger.

I have one more photo to share today.  It is said to be the Birner Implement Store in Wittenberg.  I post this photo mainly because it isn’t often that you see old photos from Perry County which show snow on the ground. 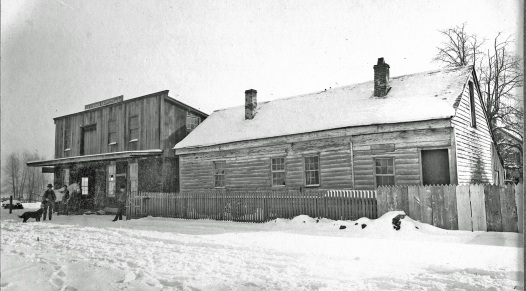 The Birner family also produced quite a few full-time church workers, but those stories are going to have to wait until another day.