On this day, October 13th, in 1878, Susanna Johanna Palisch, the daughter of a farmer in Frohna, married Charles Georg Leopold Lueders, the son of a merchant in the same town.  They were married at Concordia Lutheran Church.

If you have been reading this blog in the past, these two family names may ring a bell.  Just yesterday, we wrote about Rudolph Palisch, and it was said that Rudolph was a clerk in the Palisch store.  That store began sometime after this Palisch/Lueders marriage took place.  It was Susanna’s brother, Henry Palisch, who started this general merchandise store. Henry had two brothers, Theodore and Karl, who also were involved in running this store.  Henry was the father of the Rudolph who was highlighted in yesterday’s blog post….From Frohna to France – A WWI Wagoner.  Susanna, the one who was married on this day, was a sister of these Palisch brothers. Here we see a photo of the Palisch Store. 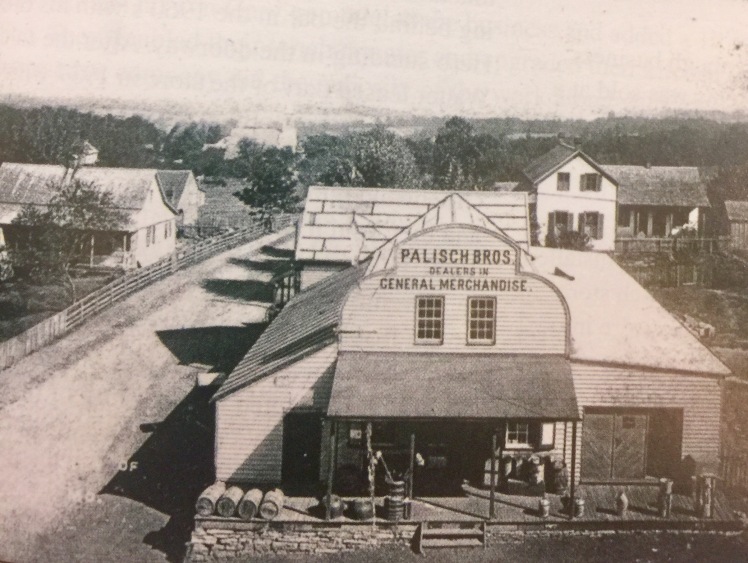 This store was located at the intersection of what now is called Highway A (Main Street) and Highway C, the road which heads to Brazeau and Farrar.  In the above photo, you can see Concordia Lutheran Church in the background.  The location of this store is now the parking lot of the East Perry Pub.

There was another blog post a while back that told of a Lueders Store…..Frohna Entrepreneur.  The Lueders store was started by August Lueders, and the Charles Lueders who was married on this day was his son.  Here is a photo of the Lueders store taken in 1908. 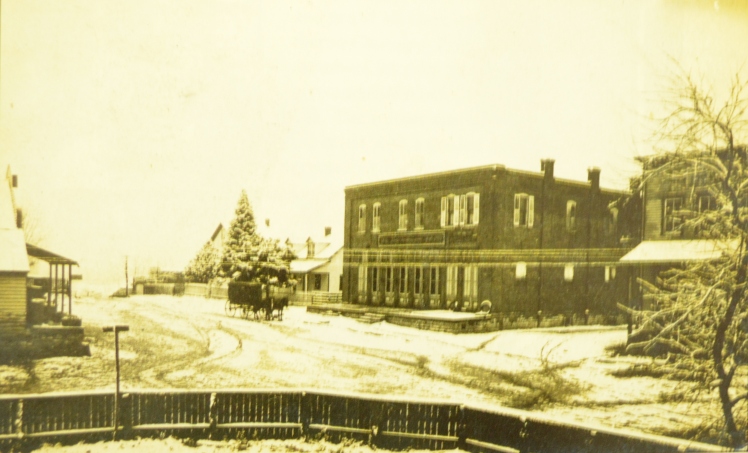 Interestingly, in this photo, you can not only see the Lueders Store, but the building on the far left in the photo is the Palisch Store.  This is the same intersection of Highway A and Highway C.

This makes the marriage of Charles and Susanna more interesting.  When the marriage took place, the Lueders store was already in operation.  Also, Susanna’s father had died in 1876, three years before this wedding.  The 1880 census lists her brother, Henry, as the head of the household as an 18 year old farmer.  As time passed, the Palisch brothers decided to start a store of their own and it was located right across the street from their brother-in-law’s store.

Susanna died early at the age of 40 in 1899.  When she died, Charles was left with nine children, the oldest one being 20 years old, and the youngest being just one.  Here is a portrait of this family. 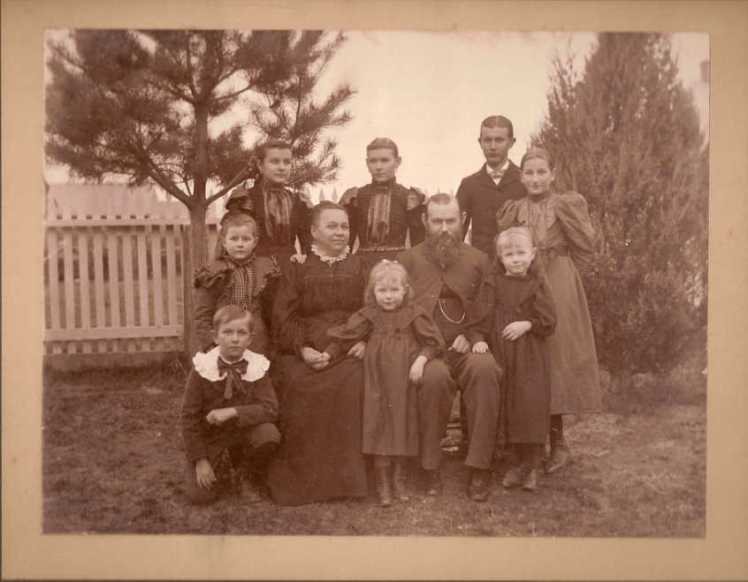 Susanna must have died not long after this photo was taken. She died of a heart attack.  Two years before his wife died, Charles became the postmaster for the city of Frohna.  Prior to that time, Henry Palisch had been the postmaster.  If I have this figured correctly, the post office was moved from the Palisch Store across the street to the Lueders Store.  I wonder if that caused any family strife.

In fact, I wonder whether there were any family struggles that resulted from these two families operating competing stores located right across the road from each other.  That fact might have made for some interesting family reunions.

Just one more quick observation:  I am amazed at the fact that there were so many “stores” back in those days.  I’ve already written blogs on the Lueders and Palisch stores in Frohna and the Koestering and Mueller stores in Altenburg.  I also know that my great grandfather, Gottwerth Schmidt ran another store in Altenburg.  I figure there are two major factors which led to having this many stores.  1.  The population was larger in those days when families with ten children were not uncommon.  2.  People were unable to travel long distances to get to stores.  Nowadays, it is common for people from East Perry County to drive to Cape Girardeau or Perryville to do their shopping.

Can you imagine a voters’ meeting at Concordia when the church had to decide which store to use when it needed to purchase some merchandise?

2 thoughts on “Lueders/Palisch: Marriage or Competition?”