I was having trouble finding a story involving some sort of anniversary, so today, I choose to embellish a topic that showed up in yesterday’s post about the Ice Storm of 1930.  In that story, I commented that Altenburg had an abundance of fences back in those days which are no longer a prominent feature in Altenburg today.  Where I grew up in St. Louis, fences were common, but they were usually just surrounding a back yard, and not found in front of homes.

Yesterday, we heard from our friend, Lutz Backmann, who lives in Saxony, Germany.  He said that it is still a common sight over there to see fences surrounding the homes.  He implied that the fences seen in past days in our communities here was part of the German heritage brought to America by our forebears.

An old photo of our sister city of Frohna also shows that fences also graced that town back in those days.

To a certain extent, some animals needed to be kept out too.  Before the age of the automobile, transportation through town was often done using animals such as horses or mules pulling wagons, carts, and carriages.  I am sure local residents preferred to keep such animals from wandering into their yards.

Here is a gallery of photos of homes with fences:

Not only did many homes have fences, but so did Altenburg’s churches.  Here is an old photo of Immanuel Lutheran Church.

Part of the fence which surrounded Immanuel is still present today.  It is a beautiful, ornate iron fence. 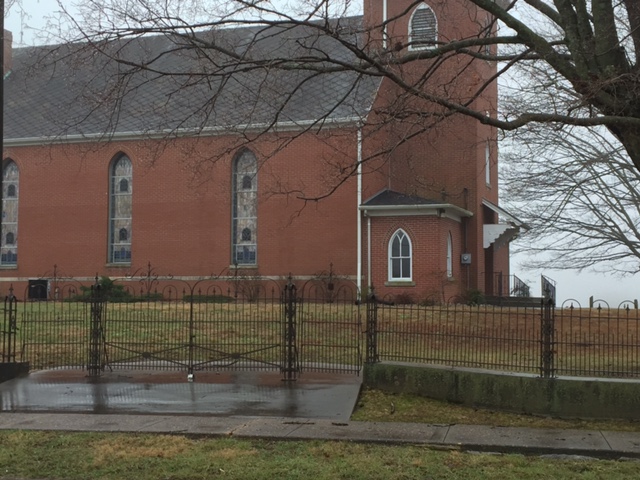 Across the street from Immanuel Church, you can also find a similar fence in front of the Immanuel parsonage.

Trinity Lutheran Church also once had a fence around it.  Here we see it in a few old photos.

This photo give a more close-up view of the fence: 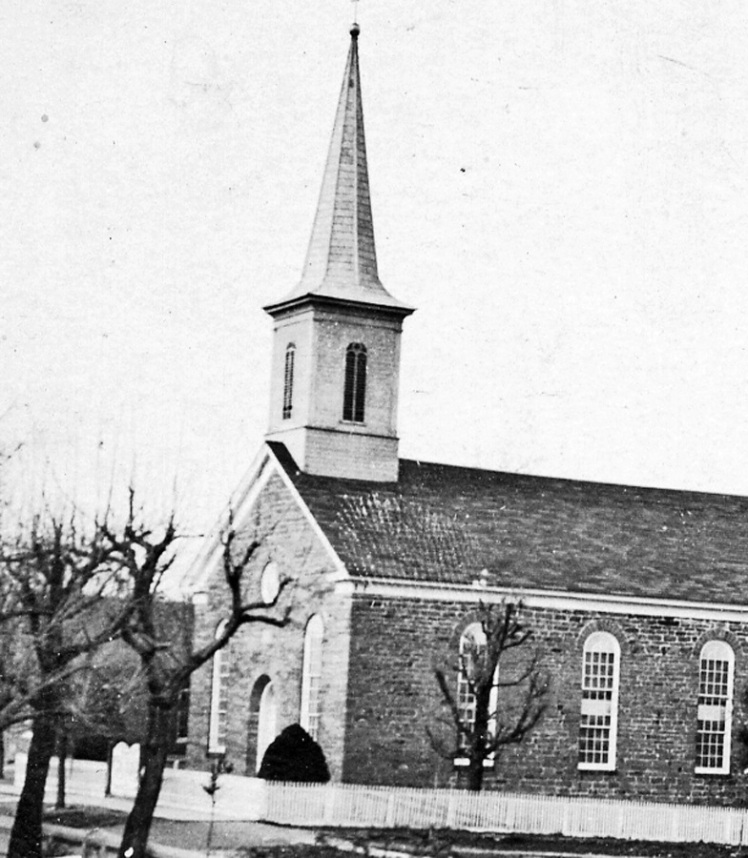 Such fences around the churches would keep animals from getting too close to their precious buildings, yet permit the worshipers to enter.  We shouldn’t forget that there was once a time when churchgoers would use draft animals to bring them to church.  Those animals had to remain outside during services.  Please note the gate in front of Trinity’s church.  That gate would be open to let people into the church before the services began.

The fence is no longer surrounding Trinity’s church.  However, there is a remnant of the fence that still remains.  The two stone gateposts are still standing.  They have been transformed into magnificent lampposts which stand in the shadows of both Trinity and the Lutheran Heritage Center & Museum.

To be clear, I think it would be wrong to declare that Altenburg was once a gated community.