On several occasions, I have written about Perry County personalities who crossed the river and became members of Christ Lutheran Church in Jacob, Illinois.  Today I will highlight a family name that shows up quite often in the Christ Lutheran church records, but it is a family that settled around Jacob after arriving in America without any Perry County connections.  That family name was Guetersloh.

I have had three different pronunciations given to me for this name….Gee-ter-slow…..Gitter-slow…..and Goo-ter-slow.  Take your pick.  I’m no expert.

The first Gueterslohs to arrive in Jacob were Dietrich and Margaretha (Boesch) Guetersloh and their children.  As near as I can tell, they arrived sometime around 1885.  The first time we see this name in the Christ Lutheran records is November 8, 1885 as church members.

Dietrich Guetersloh was born on March 26, 1839 in Oyten, Lower Saxony, Germany, making him today’s birthday boy.  This was right about the time when Rev. Martin Stephan was getting the new land which was purchased in Perry County ready for the immigrants to arrive later in May of that year.  Here is the baptism record for Dietrich.  It can be found in a set of Lutheran baptism records for an area of Germany called the Elbe-Weser region.

Dietrich’s future wife was born about two years later on March 16, 1841.  She was born in Scheeßel, Germany.  Here is her baptism record.

This map shows the approximate areas where these two were born.  You can see that they came from cities that were relatively near one another.  They were about twenty miles apart.  They were both from near Bremen, Germany. 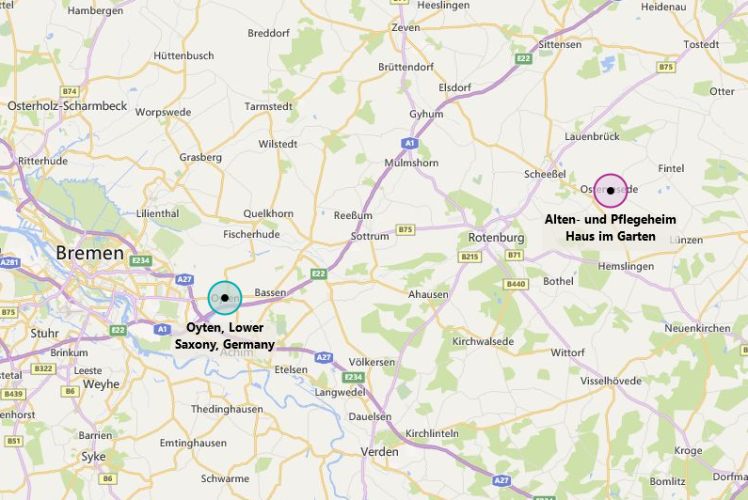 This couple was married in 1870 and had all their children before they left Germany.  The Christ Lutheran records show this couple had eight children, including one set of twins.

Here we see fairly early photos of Dietrich and Margaretha. 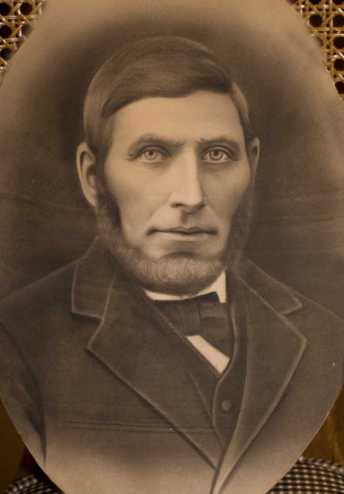 We also have a photo taken when they were later in life.

We see on an old map of the Fountain Bluff Township in Jackson County, Illinois where the Guetersloh family had some land.  It is not far from the Schlimpert farm that was discussed in a previous blog post, Seelitz to Jacob.  It is also just outside the city of Jacob, Illinois.

Here is a satellite view of that land as it looks today. 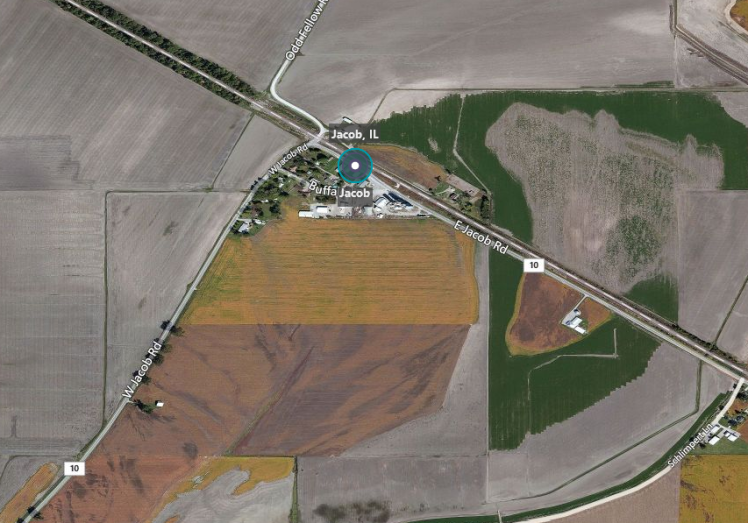 I even have located a farmhouse that is attributed to the Dietrich Guetersloh family.  The photo is said to have been taken during a 1944 flood.

There were so many Guetersloh children baptized from future generations in this family at Christ Lutheran Church that I figure there must be some Gueterslohs still living in that area.  I have even located a Guetersloh Lane not far away where there was another piece of property that was owned by a Guetersloh.

Maybe a Guetersloh will comment on this blog and set us straight on the proper pronunciation of their name.

9 thoughts on “The Original Gueterslohs”