On this day in 1876, Josephine Weinhold was born.  That child’s life would be a long one.  She lived to be 103 years old, and people in her family have blessed us with her life story.  They have even given it a title…..”Two for the Lord”.  We have it in a binder in our Research Library.  I could take several days of blog posts telling this story, but I will try to hit the high points today……with plenty of photos. 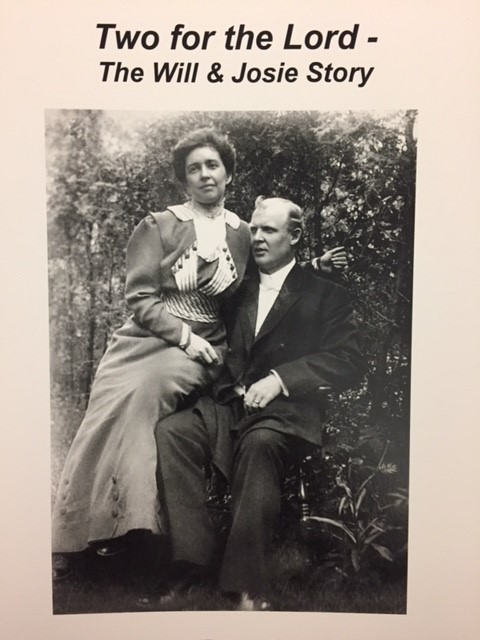 Josephine was baptized at Trinity Lutheran Church.  Here is her baptism record.

Josie’s parents, Joseph and Maria (Bretcher) Weinhold, lived in Wittenberg, where her father ran a flour mill and was also a Perry County judge.  He was also a state representative for a while.  Here is a photo of Josie at a young age.

The Will shown with Josie in the first photo was Rev. William Boese.  Will was the son of a pastor. His parents were Rev. Carl and Emma (Mueller) Boese.  We have photos of Will’s parents. 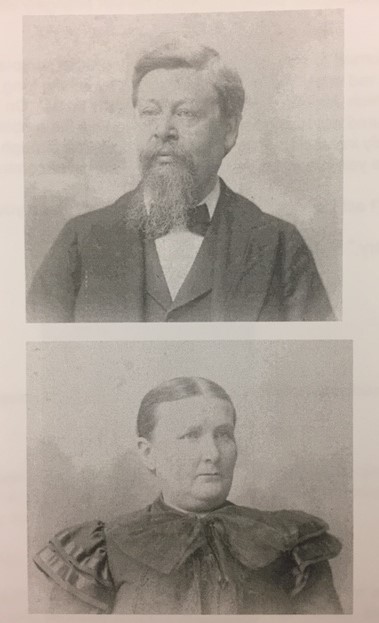 Here is a photo of a young Will.

A photo of Rev. Carl Boese’s family gives an idea of how many siblings Will had.  Will is the tall boy in the back row. 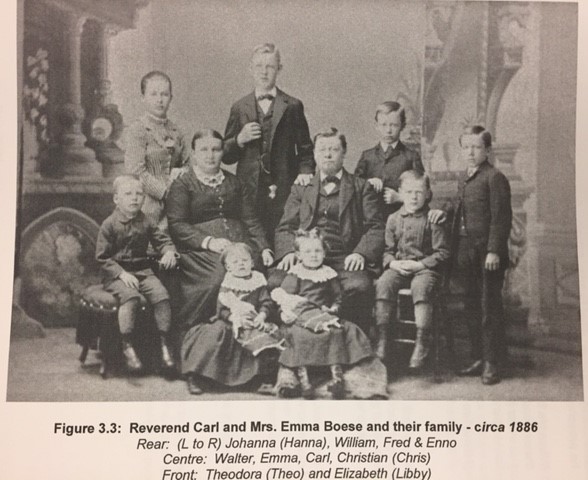 When Will was attending Concordia Seminary in St. Louis, he was invited to preach at Trinity Lutheran Church during his Easter break.  After that service, the young Seminarian was invited to have dinner at the Weinhold “manor” in Wittenberg, and, after he had noticed the Judge’s pretty young daughter, Josie, in the congregation, Will gladly accepted the invitation. These photos may give an idea of what these two young people looked like at that time. 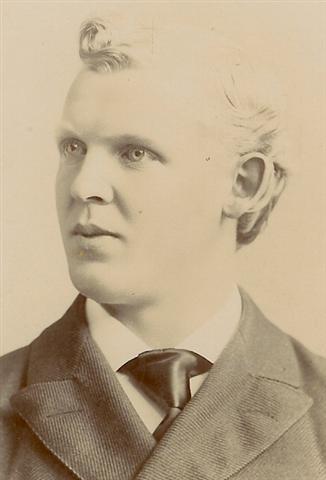 Long story, short, Will and Josie were married at the church in Wittenberg (it was not an official congregation yet) on May 14, 1896.  Here is a photo of that church.

The Weinhold house can be seen in the background of this photo.  It is the two story home with the two chimneys.  You can see how close the Weinholds lived to this church building.

This is the wedding photo of Will and Josie.

This parsonage was their first home there.

The Boese family would have five children.  Will originally thought he would serve this Canadian church for a short time, but as it turns out, he served the rest of his career there.  He would even spend 10 years serving as the President of the Ontario District of the Lutheran church.  At this point, I will include a gallery of photos I have chosen to give you an idea of his family life and his ministry.  You can click the thumbnails to enlarge the images.

Sadly, Rev. Boese’s life came to a rather early end.  On New Year’s Day of 1922, after preaching a sermon at his own church, he was scheduled to preach at another church that afternoon.  Because of a major snowstorm that was going through that area, Josie tried to tell her husband to stay home.  He insisted on going and attempted to get to the other church through the blizzard.  His car got stuck in a snowdrift.  After shoveling for a while, he attempted to turn the crank to get his car started again.  He failed in his efforts.  A passer-by stopped to help him.  While this Good Samaritan was attempting to start his car, Will collapsed and died.  He was only 49 years old at the time.  It was a sad day for Josie and her family. 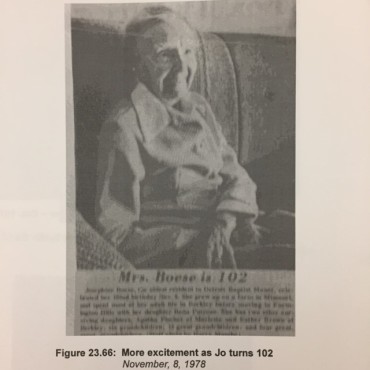 Josie died on February 3, 1980 in the Detroit area.  Her body was taken to Kitchener, Ontario, to be buried with her husband in the Mount Hope Cemetery.  Here are their gravestones.

We are told that when Josephine met Will, she was of an opinion that she did not care for pastors.  Despite that attitude, Will managed to win her heart.  The Judge was also pleased with this new romance.  He tried and succeeded at getting several of his daughters married off to Lutheran pastors and teachers.  This photo has been shown in this blog on previous occasions, telling stories about Joseph’s match-making efforts.

Josie is the second person from the left……the first person on the left in the back row.  The photo was taken on the occasion of the 50th wedding anniversary of the Weinhold parents.

There are so many interesting anecdotes included in the binder we have in our library.  You should come by someday to be entertained by them.

2 thoughts on “Josie and Her Dinner Guest”