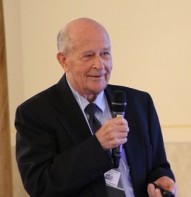 Today’s post is a result of two researchers working together in an attempt to solve some confusion between two names that appear in our German Family Tree.  Those two researchers are very good friends of our museum and research library. 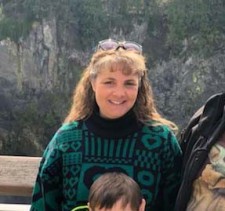 Those two are Dale Kirmse and Lori Adams.  Since Dale lives in Florida and Lori lives in Arizona, these two never had the opportunity to discuss their research face-to-face, but they were still able to make some great progress in settling some puzzling issues.  I know that as a result of this research, Lynn Degenhardt, the creator and sustainer of our German Family Tree, has plans to make changes to that document using these results.  We at the museum are very grateful for the efforts of these two in their research as well as the post that was put together to publish on our blog.

Let me also say that there are some items in this post that are in red letters.  Those are links.  If you click on them, it will take you to another site where you can find additional information if you are interested.

When Claus Heinrich Korte was born on August 10, 1849, in Scheeßel, Lower Saxony, Germany, his father, Hans Korte, was 19 and his mother, Anna Sophia Wahlers, was 25.

In 1881, Claus Heinrich Korte and his family immigrated to Perry County, Missouri, USA.

Claus H. Korte was a farmer from Germany and was traveling with his family to the United States of America aboard the SS Ohio. As shown by the Passenger Manifest of the ship and its transcription, the Korte family were included in the 1195 passengers taken aboard the ship at Bremerhaven, from where they departed on October 5, 1881. After two weeks and one day at sea, they arrived at the Port of New York on October 20, 1881

There is a question as to where their daughter Anna was born. According to the 1900 US Census, Anna Korte was born in Germany, but she is not listed as having immigrated to the USA. However, in the same census record. the rest of the Claus H. Korte family is noted as having immigrated in 1881. And, no documents from Germany have been found to give any information about Anna’s birth or baptism.

Fred Eggers has noted that Anna’s confirmation record shows that she was born October 9, 1881.

If this information is correct, then Anna was born at sea, and could explain the absence of her name on the ship’s passenger manifest as well as in the lack of records in Germany.

Claus Heinrich Korte married Margaretha Cordes in 1873 in Germany. They had three children during their marriage.

Claus died on January 18, 1932, near Seventy-Six, Perry County, Missouri, at the age of 82, and was buried in the Salem Lutheran Church Cemetery at Farrar, Missouri, USA.

There are at least a dozen commonalities of Claus Heinrich Korte and Heinrich Cordes that lend to the confusion between the two men and their families.