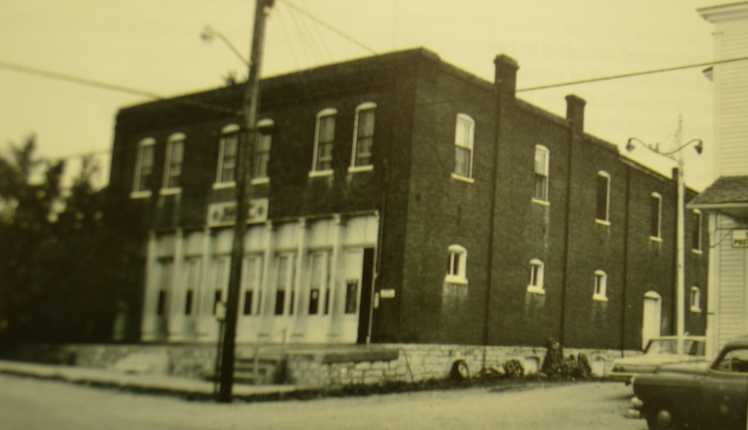 I am leaving my comfort zone today.  I am not an expert on Frohna history, but I am going to give this a shot.  My focus will be on the building shown in the above photo which was taken sometime in the 1960’s.

August Lueders arrived in Perry County in 1850 at the age of fourteen.  His mother, Augusta Lueders, is buried in the Concordia Lutheran Church Cemetery.  There are indications that his father may have died in St. Louis in 1877, so August may have come to America with both his parents.

If you are interested in more biographical information on August, you can find it in a article from Goodspeed that can be found HERE.

August married Anna Marie Roth in 1855 at Concordia Lutheran.  Anna Marie was a part of the New York Group which arrived in Perry County in 1839 after traveling here by canal boat and riverboat from New York City.

In 1882, August Lueders constructed a new building to house his store.  The photo below shows this store in 1907.

Here is another view of this store one year later in 1908 from a different angle. 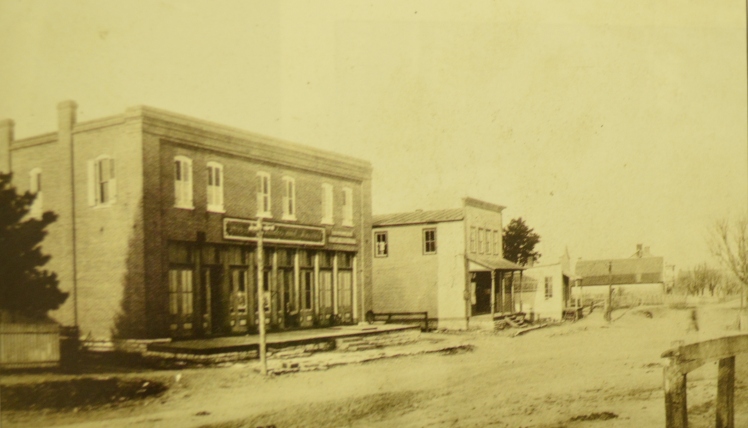 August and Anna Marie Lueders had several children.  Here is a family photo.

The Lueders family also became involved in operating a winery and a photography studio.

Some Meyer brothers from Farrar bought the Lueders store in 1955 and turned it into a bowling alley.  This first photo in this blog shows the building when it was a bowling alley.  They bought the lanes from Trinity Lutheran Church in St. Louis.  It was called the East Perry Lanes.  Even later, this building became Imy’s Antique Shop.  Imy Unger is now a docent here at the museum.  I have vivid memories of visiting this antique shop with my parents.  We walked on old bowling lanes to view the antiques.

Here is another interesting photo of the Lueders building.

This photo has been described as being a Walther League Rally which took place in this building in 1928.  If it indeed was a Walther League Rally, it was much different than the rallies I attended when I was in high school.  There are way too many older adults and young children in the photo.

Two of our museum’s great supporters, Dot and Dan McQuade, now reside in this building (shown above).  It is a reminder of quite a bit of local Frohna history which took place there.