Christiane Seidler was born on August 12, 1834.  I found several fascinating details about her life.  First, I need to set the scene.

Christiane married Valentin Froebel in 1853 at Concordia Lutheran Church in Frohna.  Rev. Christoph Heinrich Loeber was the pastor when these two were married.

Between 1854 and 1868, this couple had seven children…..all daughters.  Below is a listing of those daughters. 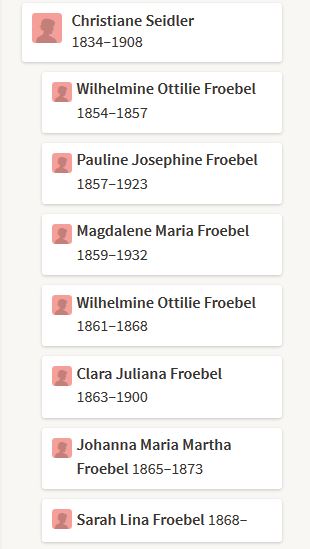 Having all daughters is one way a last name can disappear from a community.  Indeed, there are no more Froebels around East Perry County.

In 1868, not long after the last of these daughters was born, Valentin died.  He is buried in the Concordia, Frohna Cemetery.

Three of the Froebel girls died at an early age.  These three are buried in the Concordia Cemetery, and their grave is marked with a very unique gravestone (shown below). 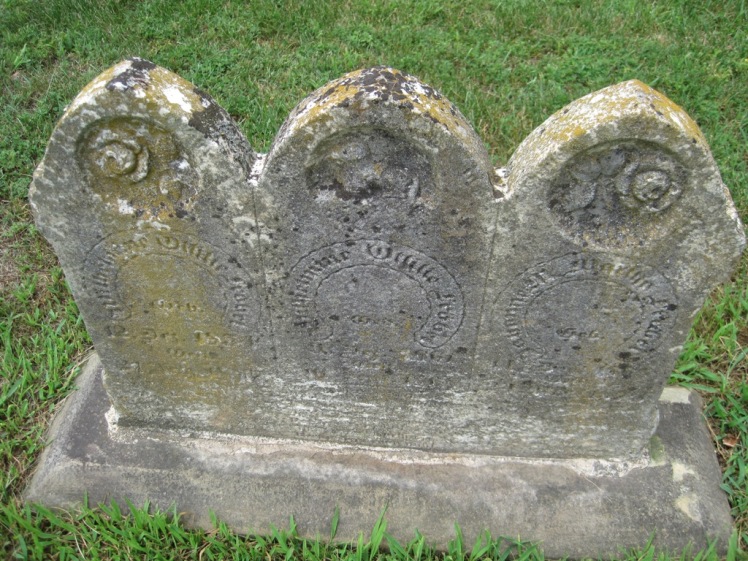 I figure that this marker was placed there after Johanna Martha died in 1873.  That means the marker was placed there after their father had died.  Even more interesting is the fact that the two girls to the left of Johanna Martha were both named Wilhelmine Ottilie Froebel.  The second Wilhelmina Ottilie was born about four years after the first Wilhelmina Ottilie had died.

After Valentin died, Christiane remarried.  Her second marriage was to Rev. J.A.F.W. Mueller, who was the first graduate of Concordia Seminary in Altenburg.  After serving several other parishes over the years, he was now the pastor of St. John’s Lutheran Church in Chester, Illinois, and in 1880, he was a widower. Christiane and Rev. Mueller were married in Frohna when Rev. C.L. Janzow was the pastor.

A story is told that Rev. Mueller was made fun of by fellow pastors when they found out that he was not just crossing over the river to come to Missouri to preach in Ste. Genevieve, but he was also often traveling down to Frohna to visit the widow Froebel.

Rev. Mueller preceded Christiane in death.  He died in 1900 and is buried in Chester.  Christiane died in Chester in 1908, but she was buried in the Concordia, Frohna cemetery.  It could be that she wanted to be buried with her three precious daughters who died at such an young age.

One thought on “The Ladies of Valentin’s Day”