Dr. Ernst Eduard Buenger and his wife, Amalia, had their tenth child on December 23, 1855.  His name was Ferdinand Simon Buenger.  He was welcomed into God’s family through Holy Baptism on New Year’s Day of 1856.

About three years later, another Ernst Eduard became a father.  Ernst Eduard Burkhardt and his wife Johanne had a daughter on July 3, 1858.  Her name was Emma Concordia Burkhardt.

Ferdinand and Emma were married at Trinity Lutheran Church in Altenburg on August 31 in 1879.  I am only guessing here, but I think that Ferdinand had just completed his studies at Concordia Seminary in St. Louis and was about to head to his first call in Iowa when this marriage took place.

In the 1880 census, Ferdinand and Emma were living in Grant Township in Plymouth County, Iowa.  That is near the city of LeMars.  Here is a 1907 map of that area. 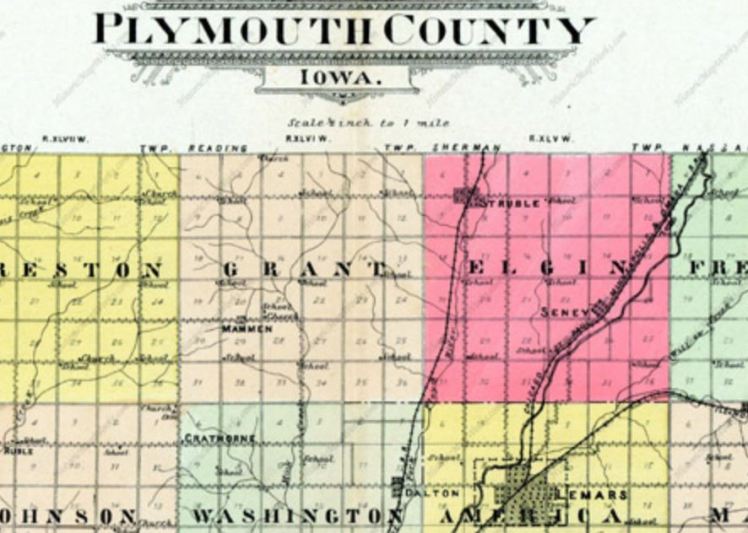 A newspaper from that area recorded in 1890 that Rev. Buenger was also teaching the school at Christ Lutheran Church in the old church building.  A new church building had been built in 1889.  Here is a photo of that church.

Christ Lutheran Church is now an ELCA church.  While in Iowa, Ferdinand and Emma had one son, Ernst Buenger, born in 1881.  He apparently did not have the middle name of Eduard because his grave lists him as Ernst C. Buenger.

Sometime before 1900, the Buengers moved to St. Louis where Ferdinand became the pastor of Ebenezer Lutheran Church in the Baden neighborhood.  Evidently, Rev. Buenger became involved in another church building project because in 1922, Ebenezer built a new church sanctuary, one that is used to this day.

Emma died in 1933, and Ferdinand died in 1941.  They are both buried in the Lake Charles Park Cemetery in St. Louis.  I’m sure both Ernst Eduards would have been proud of their children and their contributions to the Lutheran church and Lutheran education.