Oliver Otto Schirmer was born on August 13, 1900 in Altenburg, Missouri, and later in November of that year, he was baptized at Trinity Lutheran Church.  He was the son of Carl and Julie (Burns) Schirmer.  These Schirmers disappear from any church or census records from Perry County after 1900, so I suspect they moved elsewhere.  As for Oliver, the next record I could locate was his World War I draft registration form filled out in 1918.

We find him living in Wichita, Kansas and working as a mechanic.  To me, it looks like his father must have died, and his mother then married a man by the name of McKinley.  I was able to find Oliver in a city directory in Wichita where he was still living in 1922.  Then he must have made a very dramatic decision to move to the West Coast, because in a 1924 city directory, we find him living in Oakland, California.

Now we get to the very interesting story of the Gette family in Portland.  Let me start by showing you the 1920 census from Portland showing this family.

It may be hard to see, but it says that Elizabeth and her parents were born in Russia, but their native tongue is German.  I have heard people say that there were some folks from Germany who had emigrated to Russia before later emigrating to America, so I went looking for information about them.  I was shocked to find the best resource was one that comes out of Concordia Lutheran College in Portland on a webpage titled, The Center for Volga German Studies.  If you desire to find out more about this subject, you can follow this link:

Using information from this site, I discovered that a group of Germans heard about an invitation that had been made by Catherine the Great of Russia in 1763 to settle in the Volga region in her country.  Many people of German ancestry took up that invitation and moved to an area around Saratov, Russia along the Volga River.  In 1768, the Goette family from Prussia decided to make this move.  They were Roman Catholics, which was not the religion of most of these immigrants.  Eventually, several generations later, Elizabeth Gette’s family was living near Semenovka, not far from Saratov.  Here is a map showing this region.

We even have this drawing of the Roman Catholic church found in Semenovka.

Toward the end of the 1800’s, many of these Germans from the Volga region started moving to America.  I found this description of the move made by some Catholics from this area quite informative.

In 1913, Casper Gette, Elizabeth’s father, decided to bring his family from Semenovka, Russia to Portland, Oregon.  This petition for naturalization form filled out by Casper documents his arrival in Baltimore in that year. 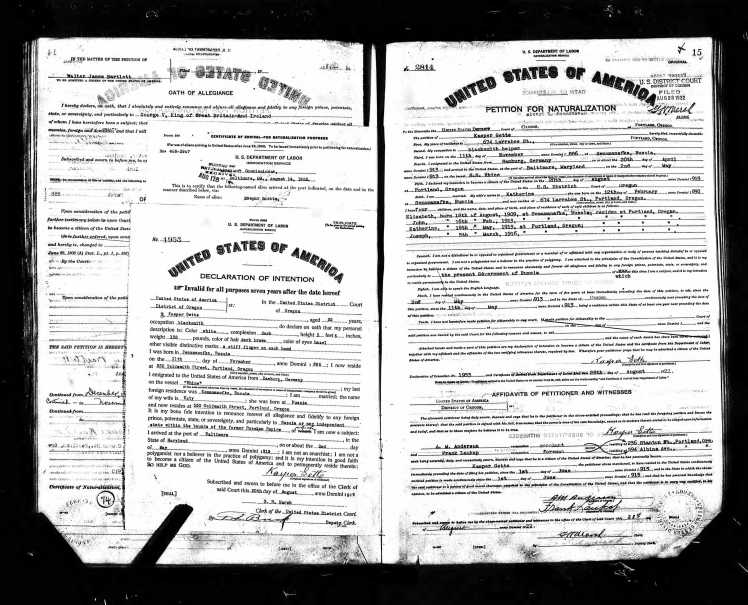 Casper was a blacksmith and worked for the railroad.  That fact can also be found on his World War I draft registration.

This form also indicates that he was working in the Albina area of Portland.  Here is a photo of the Albina neighborhood as it looked in 1909. 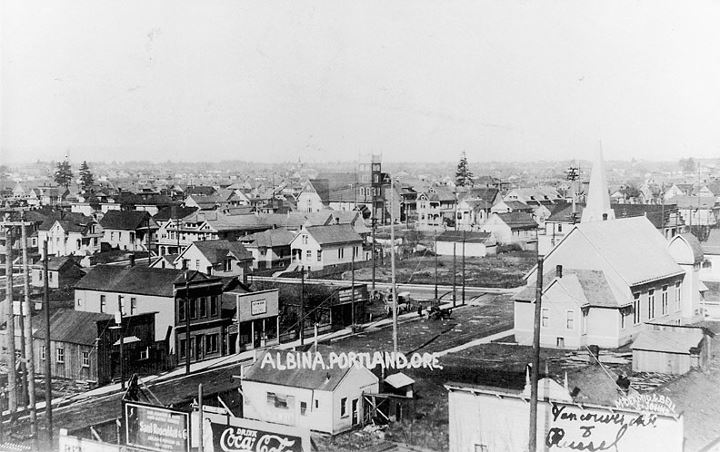 Oliver and Elizabeth remained in Portland the rest of their lives.  Oliver continued to be an automobile mechanic and must have seen very dramatic changes in automobile design during his years of work.  Elizabeth’s obituary states that she worked at the Swan Island shipyards as a tool checker during World War II.  These two are buried together in the Mount Calvary Catholic Cemetery in Portland.  Here is their gravestone. 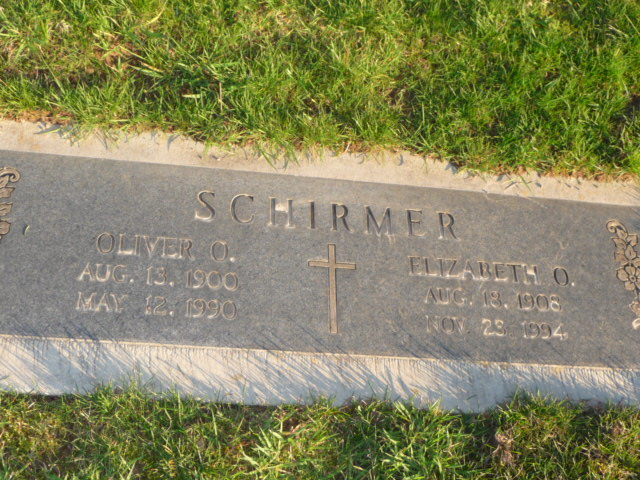 Once again, a seemingly insignificant record in the German Family Tree has taught me some great lessons in history.  Who would have thought that this baby born in 1900 in Perry County would become Oliver Otto of Oregon?

One more side trip:  In the course of looking into these Volga Germans, I found some information on a Lutheran Church in Portland.  Here is a drawing of their first church building. 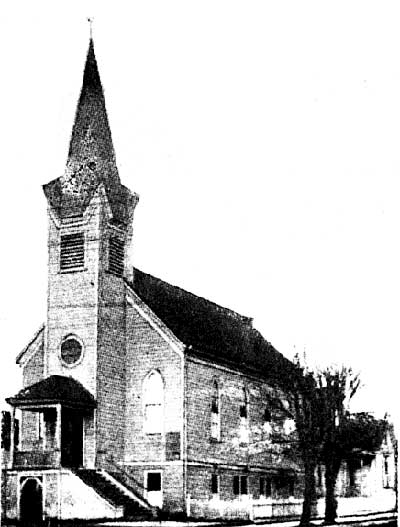 Trinity Lutheran Church in that city began in 1881 under the leadership of Rev. Edward Doering.  I could not find a connection between him and the Perry County Doerings, but I do know that he was from Saxony, Germany.  Another early pastor at that church was Rev. J.W. Theiss, but again, I could not connect him to Perry County.

I did also see that another pastor at Trinity, Portland was Rev. Theodore Teyler.  I found that he was the father of an old friend of mine, Rev. Paul Teyler, who vicared in Ft. Lauderdale, Florida during my time back in the 1970’s.  That discovery led to a wonderful video chat that I had with Paul today, which also led to a rather late submission of this post to the blog.