I choose to share one more post about the Great American Eclipse that is now a part of the history books.  The media have done an outstanding job of sharing magnificent photos and videos taken by some very talented people who really knew what they were doing.  As for me here in Perry County, I had pretty much resigned myself to letting the professionals take the photographs and shoot the videos, and I was going to just soak in the experience.

However, for some reason, while the sun began to be eaten up by the moon, I decided to take a trip into my barn, thinking that there may be some pinholes in there somewhere.  I was right (for once in my life), and got to experience some really great images projected on interesting locations in both my barn and another shed near the barn.  Both of these old structures have numerous holes in their roofs, and these holes became the cameras for us.  Here are photos of these two structures, which also happen to be located not far from where the Log Cabin College was constructed on property that I own.

My brother-in-law’s art work in some Perry County road dust will begin a collection of photographs from yesterday. 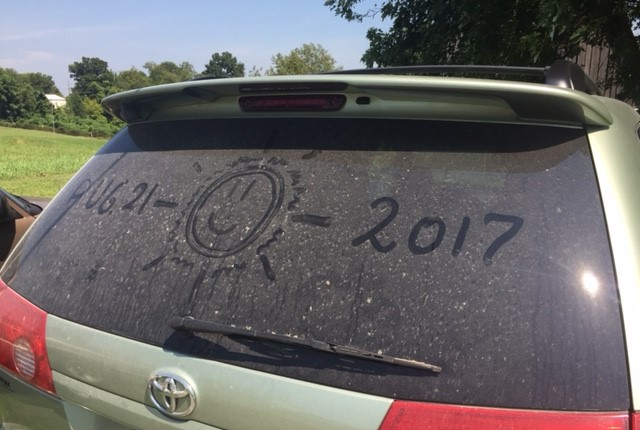 A single image on the barn floor of the beginning of the Sun being eclipsed. 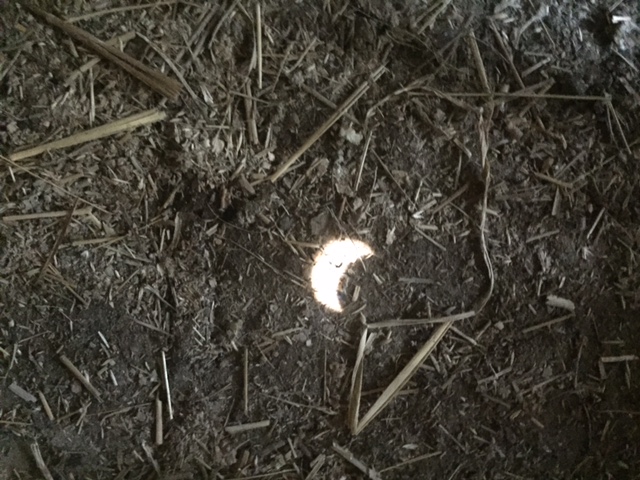 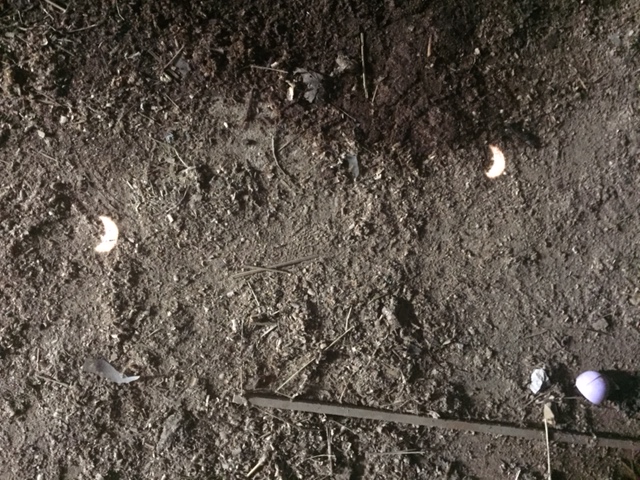 An image even managed to find its way onto my T-shirt.

The tire of an old tractor provided the canvas for a couple slivers of light.

You may not be able to identify this, but the images I took after the totality was over have the crescent being reversed as the Sun moved out of the shadow.

Forgive my awful pun, but yesterday was also a Palm Sun Day.

Here is a whole series of images with my shoe giving you an idea about how large these images were. 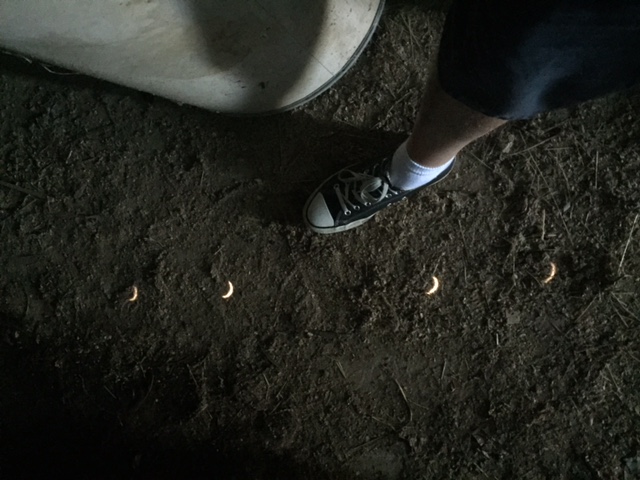 As I think back on our experience here, I try to imagine what it must have been like long ago when people would not know that events like these were coming.  It certainly was an eerie experience.  We were incredibly blessed here in Perry County because we had perfect skies for viewing.  Several other areas, including some not too far away from here, had issues with cloudiness.  They did not get the full experience that we did here.

The one thing that truly amazes me is that God’s Creation has been set into motion abiding by laws which He established, and those laws are so constant and reliable that someone 130 years ago in Europe in 1887 predicted that it would happen yesterday.  And it did.  That same mathematician says we have another one coming through Perry County on April 8, 2024.  I guess we can be pretty sure that it will happen as predicted.  You may want to start preparing for your trip to Perry County seven years from now.  We now can say that we have experience being a great destination for eclipse viewers.