Because we have a few researchers scheduled to be at our museum today, I had determined not to publish a post.  However, a few days ago, we received a photograph which might be of interest to a lot of our readers.  It is even a photograph that has the subjects of the photograph identified.  The photograph shows members of the Emanuel Lorenz family which was taken on the occasion of the 50th anniversary of Emanuel and his wife, Martha (Soehl) Lorenz in 1936.  I have published a few photos of this family on this blog before.  I even published another photograph taken on the same day which only includes the parents and their children.  Today’s photo is even more amazing because it includes not only Grandpa and Grandma and their children, but also their grandchildren.  It must have been a monumental chore to get all these people to look at the camera and sit or stand still.  First, here is the entire photograph including all the background.  It was taken in front of Salem Lutheran Church in Farrar, Missouri.

I figure most people will desire to see the people in the photograph, not the background, so I have cropped the photo to just include the people, thus enlarging them somewhat. 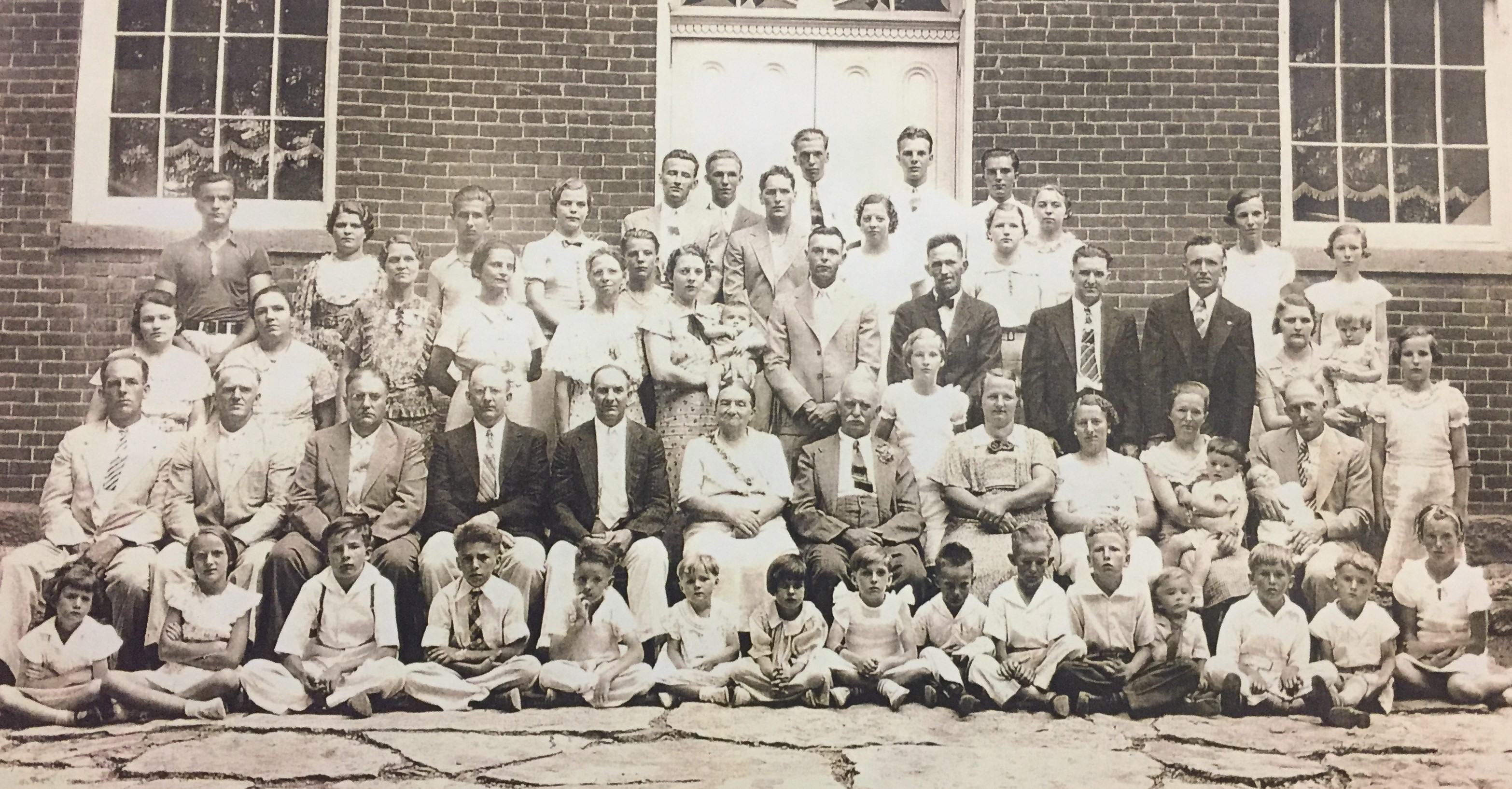 I am going to list the people in the photo in the way they were given to me.  The lists identify people from left to right.  I have also included some more close-ups from this photo below this list.

Not on picture:  3 grandchildren born after this anniversary

Keep in mind that I did not do any research on these names.  I am counting on the list I was given to be correct.  Enjoy!

I am adding a few extra photos of Gladys (Lorenz) Engert, who entered her heavenly home on December 28, 2021. Gladys was a faithful docent and supporter of our museum for a lot of years. She will be missed greatly. On the left is Gladys in the photograph highlighted in this post; on the right is a more recent photo of her.

Gladys’s obituary can be found on the link below.

2 thoughts on “A Lot in the Lorenz Lineage”