I will be traveling today, so I do not have time to research and write a new post.  So I will give you two options.  First, you could go back to yesterday’s post if you haven’t read it yet.  It actually was a story that deserved to be posted on November 26th.  Second, I am re-posting a story that was first published in 2017 that applies to today’s date.  It’s also one of the few posts I have written that tell the tale of an event that took place before the arrival of the German Lutherans in 1839.  It was also written back in the days when my posts were considerably shorter.

Meriwether Lewis recorded in his journal on November 25-26, 1803, that his expedition, along with his colleague, William Clark, stopped at what is now called Tower Rock.  This rock formation in the Mississippi River is found just south of the city of Wittenberg, which in 1803 did not exist yet.  Here is a recent photo of Tower Rock. 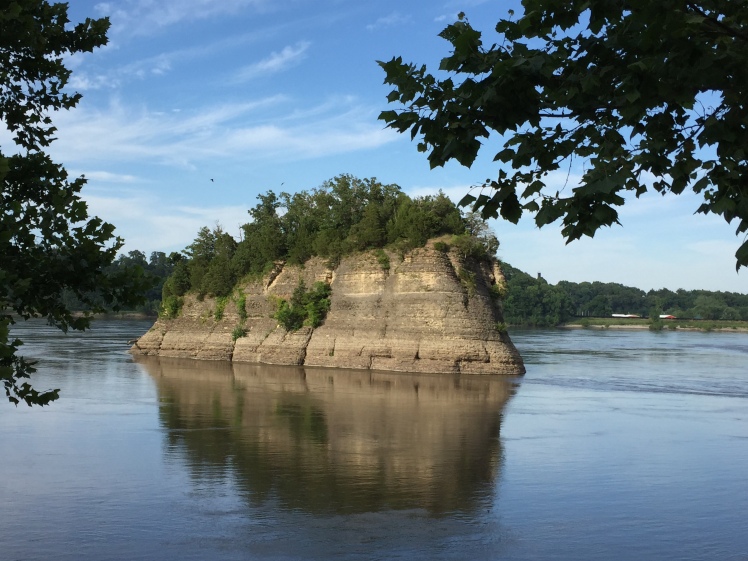 Captain Lewis records the fact that toward sunset he climbed to the top of Tower Rock and used a rope to measure its height, which he found to be 92 feet.  The expedition party would find a spot nearby to set up camp.  You can find an interesting article about Lewis & Clark’s visit to the Tower Rock vicinity at this link.

I find it interesting that earlier that same year, a man by the name of John Manning had purchased the piece of land that would later become the city of Wittenberg.  John Manning, as near as can be determined, is the only veteran of the Revolutionary War to be buried in Perry County.  He is said to be buried on a hillside next to the river in that area.  Gerard Fiehler and I, along with a few other folks, have tromped through those hillsides looking for his grave, but have not been able to locate it.  A little over a year ago, a plaque which had previously been placed in the Silver Lake Cemetery was moved to Wittenberg to be placed on the property he once owned.  This monument can be found near where the Saxon Landing Rock monument is located.  Here is a photo of the Manning monument. 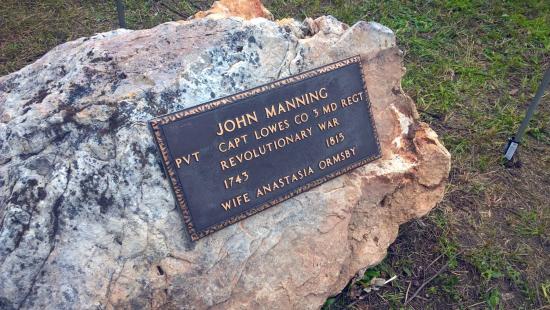 I like to imagine John Manning standing on his new property on the shores of the Mississippi River, waving at Lewis and Clark and his men as they moved up the river on November 26th.

Then thirty-six years later, a large group of German Lutherans would occupy that same piece of ground.

One thought on “Lewis & Clark Visit the Rock”