Our story today will center on one census entry because that document sent my brain into a tizzy.  To be honest with you, my mind is still that way.  If I walk away from this story and come back to it later, it’s like starting a jigsaw puzzle all over again.  I hate to be so pessimistic, but I think you, too, will be confused by the time I get to the end of this story.  I really need Lori Adams sitting at my side explaining it all to me.  Lori is the creator of the incredible Fritsche-Miesner Family Tree on Ancestry.com, and if there’s anyone around who can keep this all straight, it is Lori.

It all starts with the birth of a man by the name of Nicholas Zerbst, who was born on this day.  Nicholas was born on March 30, 1837 in Lehe, Bremerhaven, Germany.  That place is pointed out in the map below.

His birthplace is the location from which so many ships left on voyages taking passengers to America, including the ships that were part of the Gesellschaft.  Therefore, it is likely that Nicholas was living fairly close by when the Gesellschaft ships left in November of 1838.  We have the baptism record for Nicholas.

If you look where the name Zerbst is underlined, you may be able to decipher that the father was named Johann Friedrich Zerbst and the mother is called Rebecca Catherine geb. Hipp (or Kipp or Ripp).

Now, let’s take a look at Nicholas’s wife.  Her name was Anna Catharina Miesner, the daughter of Johann (or Jochim) and Sophia (Viets) Miesner.  Anna was born in Scheeβel, Germany on July 7, 1834.  We can also view her baptism record.

At this point, let me point out that you are going to find out that when I describe an Anna Miesner, I have to include her middle name.  I was not able to find a marriage record for Nicholas and Anna Catherina, but the census record you will see shortly indicates that it occurred in about 1862 in Germany because it says they were married 38 years in 1900.  In 1885, we find three members of the Zerbst family on a passenger list for the ship, Hermann, that arrived in New York.

Upon arrival in the United States, the Zerbst’s settled in the Fountain Bluff Township in Jackson County, Illinois.  A record found in the books of Christ Lutheran Church in Jacob, Illinois says that Nicholas became a voting member of that congregation in 1889.

The only census in which we see Nicholas and Anna Catherina Zerbst was the one taken in 1900, and it is the centerpiece of this post.  Here is an image of that document.

I am going to attack this census from top to bottom, starting with the son named Nicholas H.L. Zerbst, who at the time of this census was 36 years old. This son was the one shown on the passenger list shown earlier.  Nicholas would never marry.  He is found in the 1910 and 1920 censuses.  When he died in 1924 at the age of 54, an Illinois death record says he was a tailor.

Next, we see the 27 year-old Henry K. Zerbst.  It is quite puzzling to me that this record indicates that Henry came to America in 1884, a year before his parents came, and in that year, Henry would have been only 12 years old.  In 1896, Henry married Meta Guetersloh.  She is the next person listed in this census at the age of 21.  Their first child, Herman, is right under Meta in the census at the age of 1.

John Hollmann was the son of Anna Catherina’s sister, Engel MIesner, who was married to Cord Hollmann.  Both of John’s parents died in 1893, leaving John and his older brother, Henry Hollmann, as orphans.  Later, John Hollmann would marry…(drum roll)…Anna Margaretha Miesner  These two would have a child named Anna, but she wasn’t born until 1908, so that would not be the Anna in the 1900 census.

The Anna Hollmann in the 1900 census was the daughter of John’s older brother, Henry.  Henry had married…(drum roll)…Martha Hollmann.  Yes, it was a Hollmann/Hollmann wedding that took place in 1893.  That couple had two daughters, Anna and Clara, before Martha died in 1899, leaving those two children to be raised by Henry.  Henry apparently realized that he could not accomplish that task, so he farmed out his girls.  Anna went to live with the Zerbst’s.  Clara was living in the household of Henry Miesner.  I will point out that Anna Hollmann was the child of Anna Zerbst’s nephew, not her nephew.  Here is the 1900 census showing Clara Hollmann.

You may get comfort knowing that Henry Hollman remarried later in 1900 to Anna Dreyer, who was also marrying for the second time.  Her first husband was…(drum roll)…Johann Heinrich Miesner.  Another Henry Miesner???  In the 1910 census, we see Anna and Clara back living in their father’s household, although they are called his step-daughters.

That finally leads us to the last entry on the 1900 census, the 20 year-old Henry Miesner.  This was Henry Dietrich Miesner, who had different parents than the wife of Nicholas Zerbst.  His father was…(drum roll)…Johann Heinrich Miesner and his mother was Sophia (Imbusch) Miesner.  Henry D.’s father died in 1880, and his mother died 1891, so the man in the 1900 census was technically an orphan. 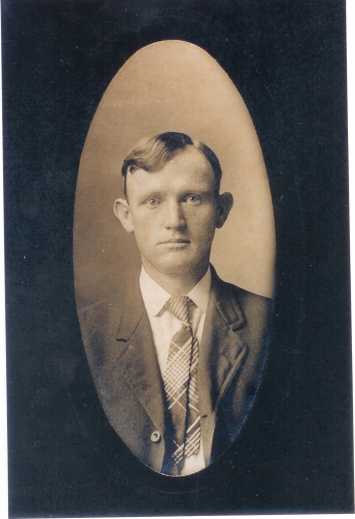 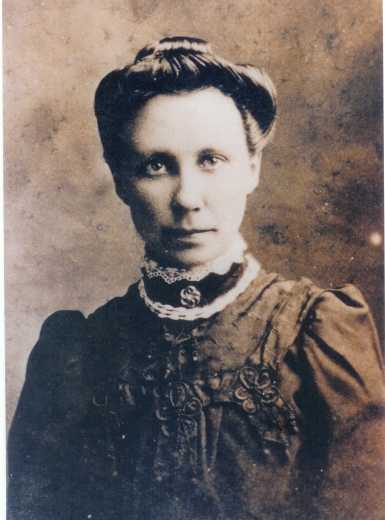 So there you have it.  Is your brain fried yet?  As for me, if I’m asked to explain this story to someone tomorrow, it will be like starting over on the jigsaw puzzle.

One thought on “Nicholas and His Confusing Household”