I remember that there were times when my mother would sign her name as Mrs. Richard H. Schmidt.  I’m sure that in this day and age, women would really frown on such a signature in which a woman basically takes on the identity of her husband.  Today, I ran across a tombstone which does the same. 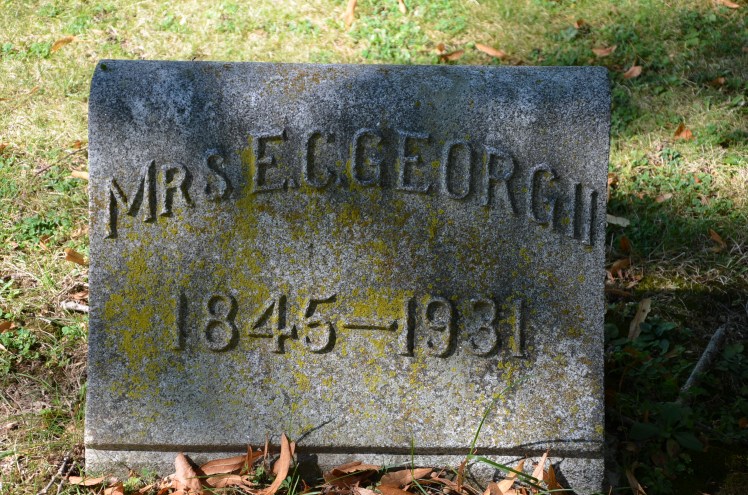 The picture above shows the gravestone of a woman who was born as Louise Babette Philippine Lochner, but you can find no evidence of that name here.  Louise was buried in a cemetery in Horicon, Wisconsin.

I have run out of time to tell Louise’s whole story today, but I will give you just a taste of her life.  She was born in Germany on this day, September 22nd, in 1845 and came to America at a very young age.  She eventually married Eduard Georgii, who was a Lutheran pastor.  During her lifetime, she lived in St. Louis and Frohna in Missouri, as well as the following towns in Wisconsin: Cedarburg, Fredonia, Horicon, Portage, and Jacobs.

Her time in Frohna was spent living with her sister, Anna Marie (Lochner) Loeber, wife of Rev. Christoph Loeber, the second pastor of Concordia Lutheran Church in Frohna.

It’s a good thing I’m telling you what her name was because you aren’t going to know it by looking at her tombstone.  Someday, I may tell you the rest of the story.