The year was 1899.  Three years earlier, William Drumtra’s wife, Mary (Mueller) Drumtra had died, leaving him with with four children, ages 15, 13, 7, and 3.  Now on January 4th, William was getting married again, this time to Sarah Beyer, the daughter of Teacher Beyer at Trinity Lutheran School.  Sarah was 23 years old at the time.  The story of Teacher Beyer’s wedding to Sarah Kramer was told in the post, Three in One at Trinity.  Three Kramers were married on one day at Trinity in 1864.

A post was written back in May about William Drumtra titled, A Name Appears and Disappears.  This post will add some more details to William’s story.  His story is also connected to Anton Mueller, who was highlighted in a story just a few days ago, One of Anton’s Army.  I’ll start with that connection.

William’s first wife, Mary, was Anton’s sister.  William and Mary were married in 1880.  Here is their wedding photo.

William and Mary must have been in the matchmaking business, because in 1889, Anton traveled to Pennsylvania to marry William’s sister, Anna Drumtra.  We have their marriage certificate hanging in our museum.

Let’s backtrack a little.  William Drumtra lived in Luzerne County, Pennsylvania where his father was listed as a music teacher in the 1880 census.  This fact helps explain the fact that William later became the director of the Altenburg Band.

After he arrived in Altenburg, William began operating a watchmaking/jewelry store.  Here is a photo of that store and the Drumtra house which was located next to it.

William was also involved with the establishment of the Altenburg Creamery.  Here is an ad which shows that the Drumtra Store was selling jewelry as well as butter from the creamery.

You can also add postmaster to William’s resume.  His store became the home of the Altenburg post office for a while.  Here is a photo which shows his store as the post office. 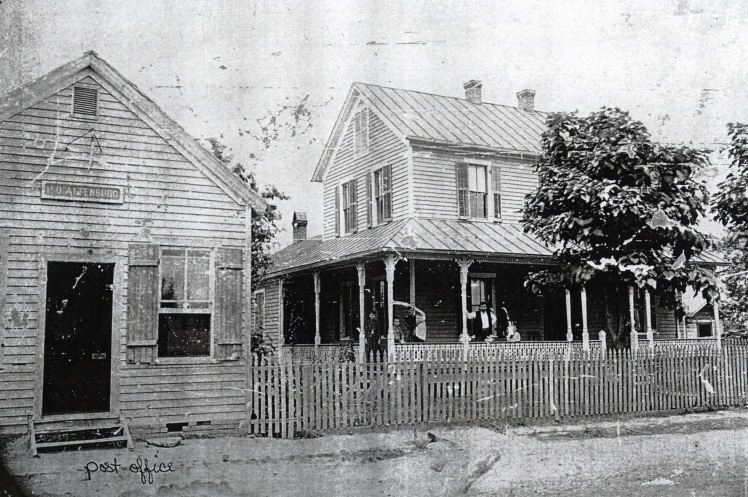 The Drumtra family is standing on the porch.  It appears that Mrs. Drumtra (I’m not sure which one) is holding a baby, and a musical instrument can be seen behind William.

The location of the Drumtra store and house is shown in this photo taken today. 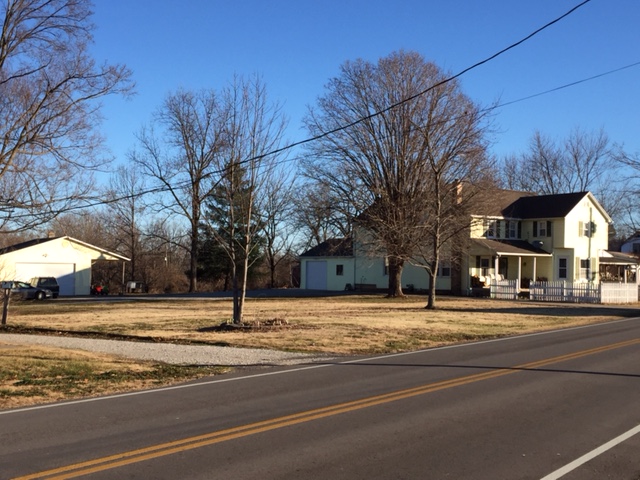 It is a vacant lot next to the Welker house.  The garage in the background is where fireworks are sold in the summertime.

Here is another photo taken in the 1930’s which shows the Drumtra house and store still standing.  The girl in the photo is Mildred Mueller.

In this photo you can also see the present day Welker house.

William and Sarah had two children of their own, Hilda and Elmer.  Here is a photo of Elmer when he was a child.

William certainly was a man who had several different skills.  He also was one who had a desire to serve the Altenburg community.

3 thoughts on “A Man of Many Talents”