Rev. Carl Ferdinand Wilhelm Walther was one of the original immigrants who was part of the Gesellschaft.  In fact, after the removal of Rev. Martin Stephan, Rev. Walther became probably the most prominent leader of this group.  He went on to become the first President of what would later be called the Lutheran Church-Missouri Synod.

In September of 1841, not long after he moved to St. Louis to become the pastor of Trinity Lutheran Church, he once again returned to Perry County to marry Emilie Buenger. 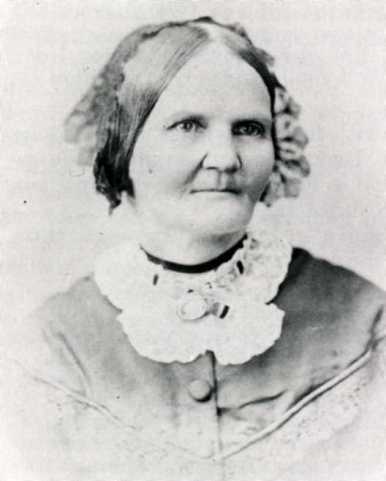 This couple would have six children, however, only four would live into adulthood.  Two of those children were born on this day, February 23rd, in 1847.  The records of Trinity Lutheran Church in St. Louis, which almost certainly were recorded by Rev. C.F.W. Walther himself, say that Constantine Walther was the first of the twins to be born.  He is said to have been born at 9:00 pm.  The other twin boy was named Ferdinand Gerhard Walther, and he was born at 9:15 pm.

Here are photos of these two twins taken at a much later time in their lives.  Constantine is on the left, Ferdinand Gerhard on the right. 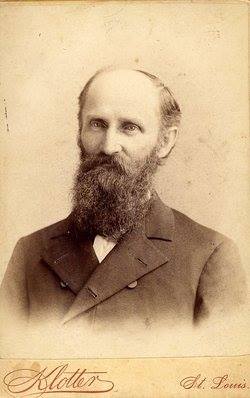 I am certain that one can say that they were not identical twins.  By the way, it appears that the Klotter Photography Studio existed in St. Louis in the 1880’s and 1890’s, but not beyond 1898, so the photo of F.G. probably shows him around fifty years of age.

The timing for the birth of these twins is interesting.  When these twins were just two months old, Rev. Walther traveled to Chicago for the final organizational meeting for a new synod, which was first called the German Evangelical Lutheran Synod of Missouri, Ohio and Other States.  When C.F.W. returned home, he had the new title of President of this new organization.

A tragic event occurred when these twins were just a little over one year old.  Their three year old brother, Herman Christoph, died in July of 1848.  The records of Old Trinity say that he “died as a result of an accidental fall in the cellar causing a blow to the head”.  I usually picture this as him falling down the stairs, but I could be wrong about that.

Constantine is reported to have married Sophia Kunz in 1875, but I have been unable to find documented proof of that.  Here is the 1880 census showing the Walther family living in Eufala, Alabama.

This census as well as the 1870 census from St. Louis show Constantine as a miller.  I have no idea how this Walther family ever got themselves situated in Alabama. Three of the children listed here would have been born before 1875, their marriage year, and would indicate that Sophia may have had children from a previous marriage. The first two are said to have been born in Ohio.  The last two were born in Illinois.  The youngest, Amalia, would have been born to the Walthers, and it appears this couple may have spent some time in Illinois before moving to Alabama.

In 1884, there is evidence that Constantine and Sophia were living in Perry County because they had a child baptized at Trinity Lutheran Church in Altenburg in that year.  That daughter was named Sophia and on her death certificate it states that she was born in Wittenberg.

His family eventually moved back to St. Louis.  The 1900 census indicates this, and Constantine’s occupation is given as porter.  This is one of those cases where it would be helpful to have an 1890 census, but those do not exist.  My best guess as to when they came back to St. Louis is in the year 1898 because it is then that we have a record of him joining the voters assembly at Holy Cross Lutheran Church.  He died in 1905 and is buried at Concordia Cemetery.

Ferdinand Gerhard followed in his father’s footsteps and became a pastor.  In 1873, he married Bertha Biltz, the daughter of Rev. Franz Julius Biltz who was the pastor in Concordia, Missouri at the time.

Rev. F.G. Walther would serve St. John Lutheran Church in Brunswick, Missouri his whole career.  He died in 1933 and is buried in the same cemetery as his twin brother, Concordia Cemetery in St. Louis.

Dr. C.F.W. Walther wrote a book which is still used at Concordia Seminary in St. Louis in the training of ministers.  It is titled, The Proper Distinction Between Law and Gospel.  Dr. Walther is well-known for pointing out the benefits of both the Law and Gospel while at the same time pointing out how different these two concepts are.  I cannot help but think that maybe Dr. Walther and Emilie could have named their twins, Law and Gospel.  They were both very special members of the Walther family, but they were also quite different from each other.