Martin Seible married Clara Arbeiter on May 1, 1921 at Christ Lutheran Church in Jacob, Illinois.  Otto Seibel married Bertha Ziegler on May 20, 1922 in Murphysboro, Illinois.  What makes these two marriages special is the fact that Martin and Otto Seibel were identical twins.

Martin and Otto were born on November 3, 1897 in Gorham, Illinois and baptized at Christ Lutheran Church in Jacob, Illinois.

These twins were the sons of Gottlob and Anna (Vogel) Seibel who were both born in Perry County, Missouri.  Gottlob was a blacksmith who worked at Brunkhorst Landing on the banks of the Mississippi River.  Here is a map showing this area.  Brunkhorst Landing was located just below the “9” shown on Neunert Road.

In 1905, this family moved to a farm outside Murphysboro, Illinois.  Both of the twins served our country during World War I.  Here are their draft registration forms. 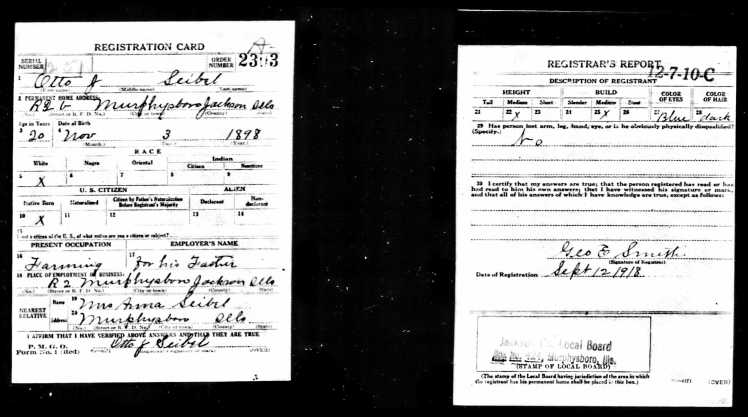 These identical twins did not dress identically during the war, illustrating the fact that they did not serve in the same branch of the military.

It was only two years after Otto married Bertha Ziegler that she died.  It would not be until 1932 that he would remarry.  His second wife was Marie Fuehler from New Wells, Missouri.

Martin and Clara had four children, all girls.  Here is a photo of this Seibel family at the occasion of their 25th anniversary.

The 1925 Tri-State Tornado impacted Martin Seibel.  In this photo, we see that his home was pretty much spared, but plenty of damage was done to the rest of the property.

The twins were are showing off their riding skills in this photo.

And here they are showing off their musical skills.

With identical twins like these two, it is necessary for someone to label the photo to say which one is which.  Such as this one which also labels the horse. 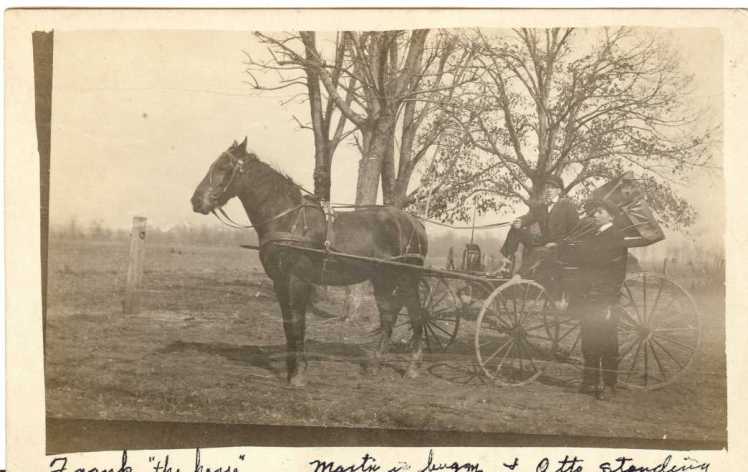 A newspaper in Southern Illinois published this story about the Seibel twins as they were nearing their 80th birthdays. 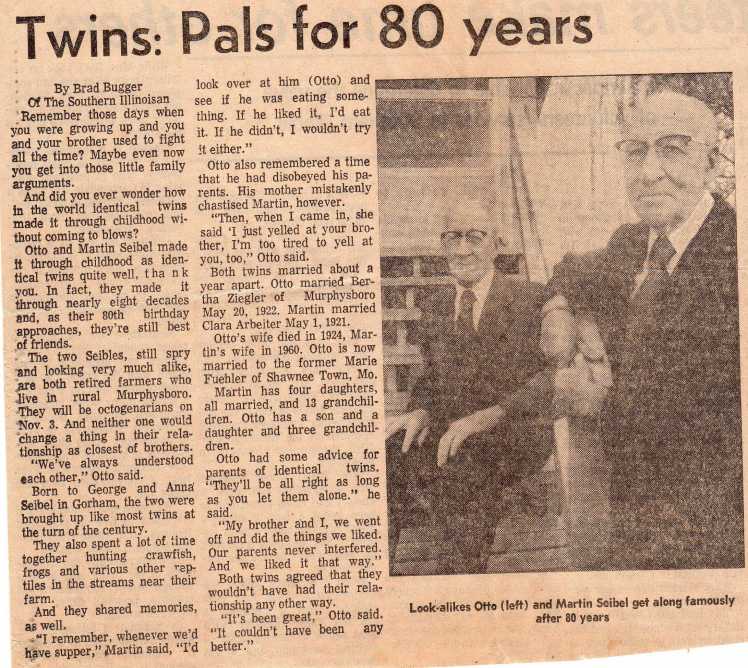 One other thing.  The Seibel twins would have referred to my great grandpa, Gottwerth Schmidt as Uncle Gottwerth.  Gottwerth’s wife, Wilhelmina, was Gottlob’s older sister.

One thought on “Selfsame Seibels”