Two significant events are about to occur in Perry County.  One of these events is a religious anniversary that will be observed all across our planet.  The other is an astronomical event, and Perry County is one of the few places on the planet where this event can be observed.

Five hundred years ago, Martin Luther nailed his 95 Theses to the door of the church in Wittenberg, Germany.  The exact day when that occurred was October 31, 1517.  That event is commonly referred to as the one which marked the beginning of the Reformation.  Since so many residents of East Perry County are Lutherans, this is an especially significant reason to celebrate.  Check out this video which points out some of the important aspects of the Reformation in an entertaining way by the group, Lost & Found.

Twenty-five years after Luther died, the following work of art was done.

Astronomers Studying an Eclipse painted by Antoine Caron in 1571.

What Martin Luther never knew was that a half a millennium later, a total solar eclipse was going to take place in East Perry County where the city of Wittenberg, Missouri was once located.  That total solar eclipse will happen here in about three months.  This rare occurrence will take place on Monday, August 21st.  The path of this eclipse is shown on this map.

I spent some time researching other total solar eclipses that have taken place in the United States.  I found that there was such an eclipse on November 30, 1834.  That would have been about five years before the Saxon immigrants arrived in Perry County in 1839.  Here is the path that eclipse took across the southeast part of our country.

This maps shows both an annular eclipse that occurred in 1831 and the total solar eclipse that took place in 1834.  The 1834 eclipse is the one that swoops out of the Midwest and enters the Atlantic Ocean farther south. 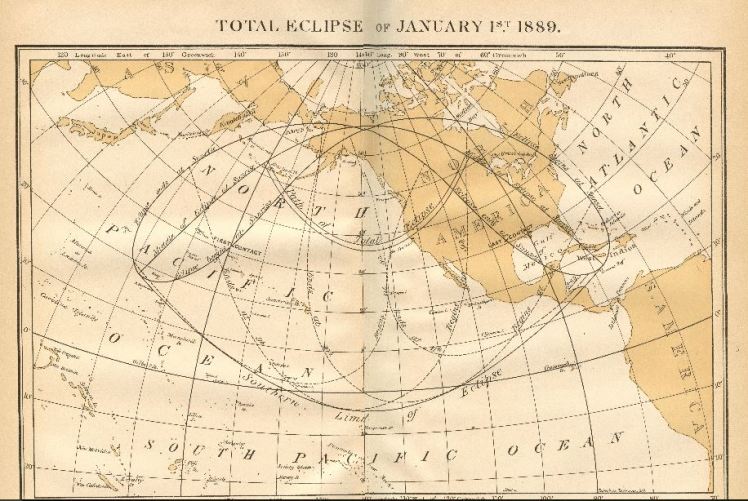 A rather interesting drawing was made of this eclipse.

At the turn of the century, another total solar eclipse took place.  That one crossed the Southeast, traveling through North Carolina.  It happened on May 28, 1900.  Its path is shown on this map.

A group of scientists from the Smithsonian Museum managed to get this photograph of this eclipse.

Another one of these astronomic events took place on June 8, 1918.  What makes this one interesting is that its path probably is the closest match to the eclipse that will occur this year.

This eclipse happened in the midst of World War I which was taking place in Europe, as is noted in the headline in the lower right of this image.

As near as I can tell, no previous such eclipse has occurred since the Germans arrived in Perry County that could be observed here.  One of the amazing things I have seen is a map that was published in 1887 that predicted the upcoming total eclipse which will happen later this summer.  Here is that map with an enlarged portion of it on the right. 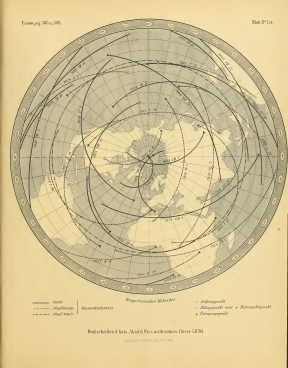 The Czech astronomer who performed the mathematical calculations in order to make this prediction was Theodor von Oppolzer.

Theodor was born in 1841, just two years after the Saxon immigration.  He died at the age of 45, but not before getting credited with calculating the elements of 8,000 solar and 5,200 lunar eclipses from 1207 B.C. to A.D. 2163.  A plaque showing members of his family in a cemetery in the Czech Republic shows a very impressive list of academics in his family tree. 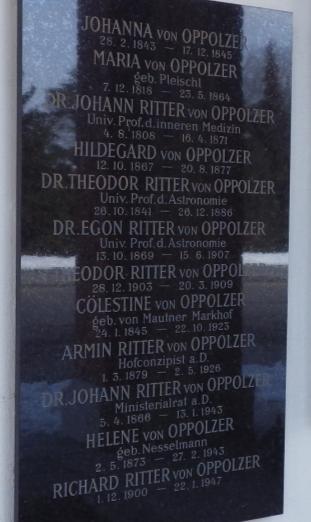 A rather humorous video has been produced by the tourism board in Perryville to promote the upcoming eclipse.  Our own Tower Rock in Wittenberg is featured.

We at the Lutheran Heritage Center & Museum are planning an exciting event which will celebrate both the 500th anniversary of the Reformation and the total solar eclipse.  This celebration will take place on the day before the eclipse, Sunday, August 20th.  There will be food, drink (including beer), entertainment, a choir concert/organ recital, and a special opportunity to view the recently produced movie, Martin Luther: An Idea That Changed the World.
Here is a trailer for this movie.

More information will be showing up shortly on our home page.  You are not going to want to miss this.  Start making plans now to attend this once in a lifetime event.