In a recent article published in the Washington Post, the following quote was made:

“By official estimates, upward of 2 million tourists will descend on Wittenberg this year — and that could pose a problem.”

Residents of East Perry County should relax after reading this after they realize that the Wittenberg mentioned here is not the one down by the Mississippi River nearby, but is the town of Wittenberg in Germany.  If you would like to read this interesting article, it can be found at this link:

Our Wittenberg here in Perry County, Missouri was named after the town in Germany where Martin Luther nailed the 95 theses to the church door in 1517. It now is not just a quiet town, but a ghost town.  However, that has not always been the case.  Some say that the village of Wittenberg, Missouri once had a population of around 200 people.  My father was born, baptized, and raised in this town during its heyday.

This photo which is said to have been taken before 1907 shows much activity in Wittenberg after church on a Sunday when people would gather in town after the service to socialize. 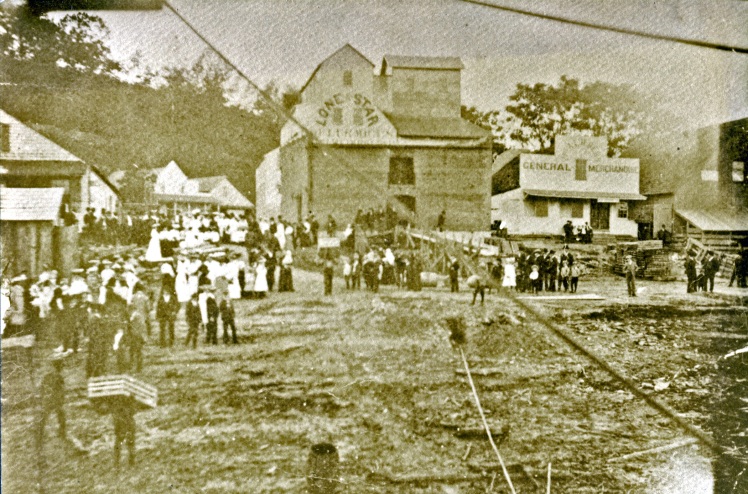 By the way, the store on the right which says General Merchandise is the Lueders store purchased by the character of yesterday’s post, Adolph Thurm, and his partner, Louis Boehme.  If you would go down to Wittenberg today and stand on the boat ramp looking west toward the bluffs, this is what you would have seen back at the time shortly after the turn of the 20th century.

Here is another photo of Wittenberg that was taken before the railroad came to town in 1904.  It is taken from the bluff side of town looking east toward the river. 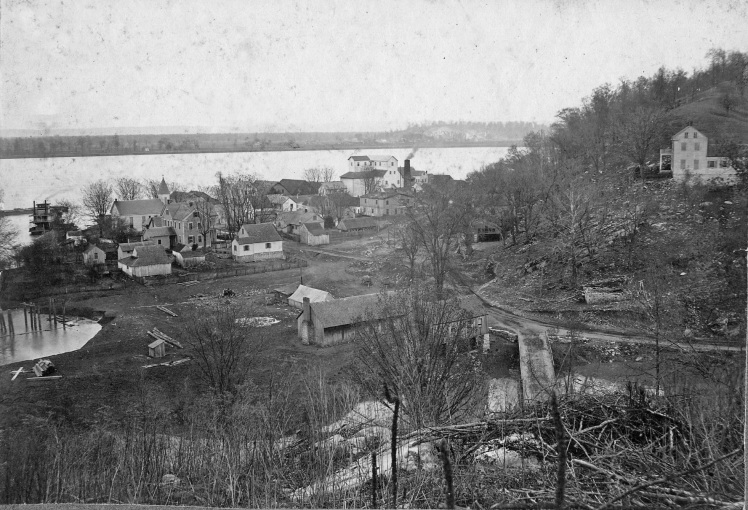 Wittenberg’s first church building can be seen in this photo on the left, as well as a steamboat docked along the banks of the Brazeau Creek to the left of the church.  Several previous posts have been published about buildings that were once located in what we might refer to as downtown Wittenberg.

If you search this blog using the term “Wittenberg” you will find many other posts which have been written about buildings and people in and around Wittenberg.

This aerial photo which was included in yesterday’s post, shows downtown Wittenberg as it looked in the 1960’s. 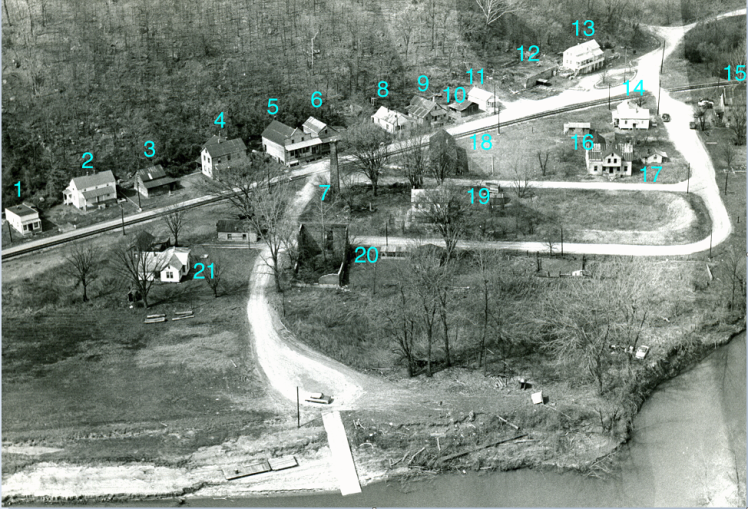 Part of the flour mill walls and its chimney were still there, but most of the surviving buildings were the ones located at the bottom of the bluffs along the railroad tracks.

Nowadays there is just one building to the east of the railroad tracks in what was once downtown Wittenberg.  It is the pavilion that was constructed by the Wittenberg Boat Club. 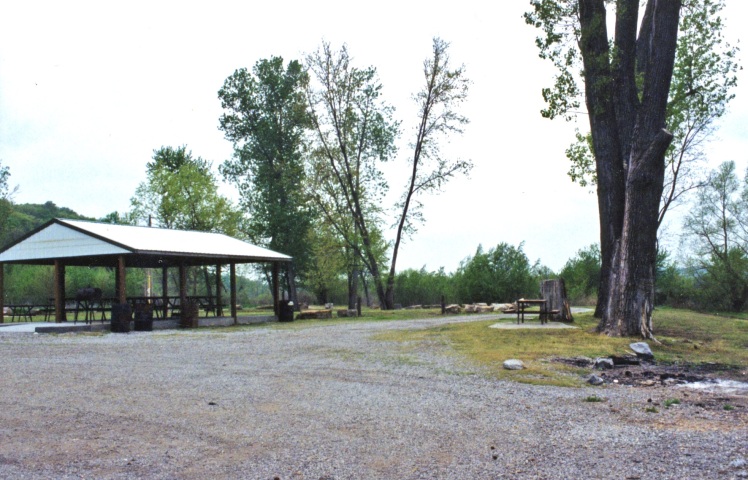 It has become a place where people come down to relax and watch the trains and the river boats go by.

The demise of Wittenberg was caused by changes made to the Mississippi River upstream.  Levees were raised especially in locations near St. Louis in order to prevent damaging flooding there.  As a result, locations downriver, like Wittenberg, began to experience worse and more regular flooding.  It was the death knell for Wittenberg.

Like the Wittenberg in Germany, we have a crowd of people headed to Perry County this year.  We have something that Wittenberg in Germany does not have……a total solar eclipse.  Thousands of people are expected to come to Perry County to witness this very rare astronomical event.  I will once again remind you that our museum will be hosting what we hope to be a big party on the day before the eclipse.  Here is the flyer we use to promote this August 20th event.

If you get to our museum for this event, I suggest you also take the time to drive down to the river to visit our Wittenberg.  It’s only about four miles away.  You may just get a feel for what this special place once was…..a thriving river town with Lutheran roots.  I could write many more stories about the old times in Wittenberg……and probably will……but not today.