Today would have been the 116th wedding anniversary for the main characters in today’s story.  Their wedding took place at Zion Lutheran Church in Pocahontas on October 6, 1901.  That wedding would have taken place in the church building shown on the left in this photo.

The groom for the 1901 wedding was Johannes Gottfried Wachter.  Johannes (John) was the son of Gottfried and Sarah (Jahn) Wachter of Altenburg.  Here are pictures of John’s parents. 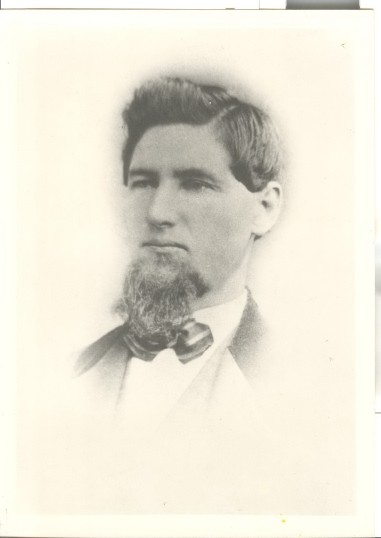 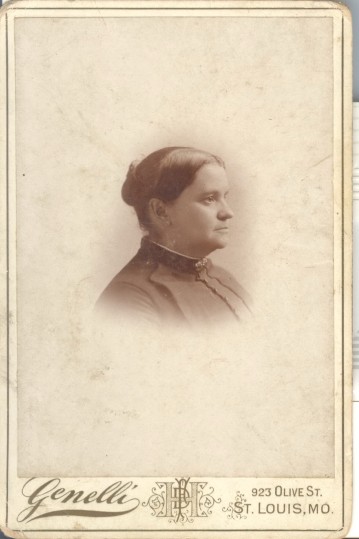 We also have this photo of the Gottfried Wachter family.

Gottfried is standing in the back row on the left.  John is standing on the right.  Sarah is sitting in the front middle.  I find it interesting that in this photograph, the subjects are not looking at the camera. This also looks like a photo that was taken in the Wachter home with makeshift backgrounds to cover some of their furnishings.

The bride in the October 6th wedding was Emma Clementz.  She was the daughter of Wilhelm and Maria (Claus) Clementz who lived in Leemon, Missouri.  Here is a map which shows where Leemon was in comparison with Pocahontas. 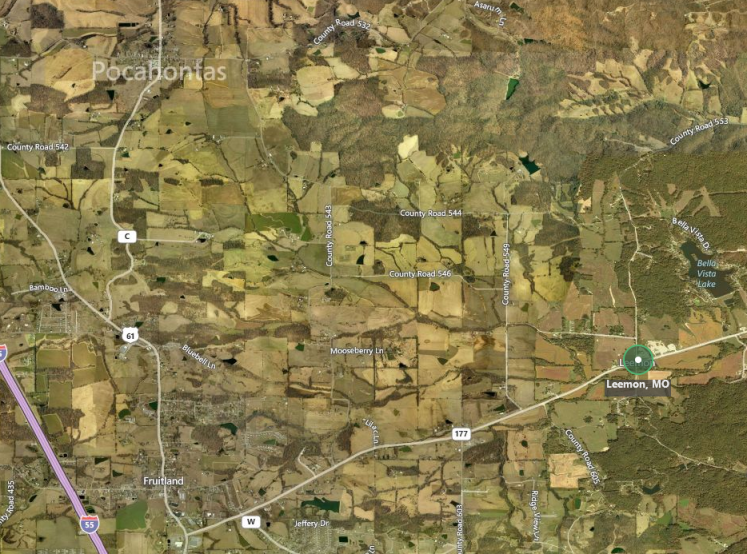 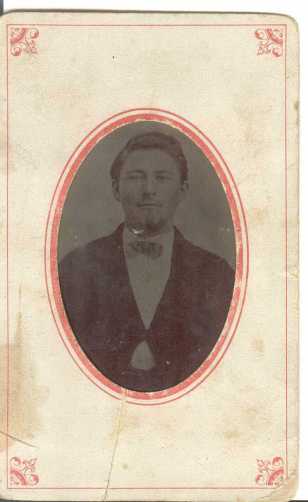 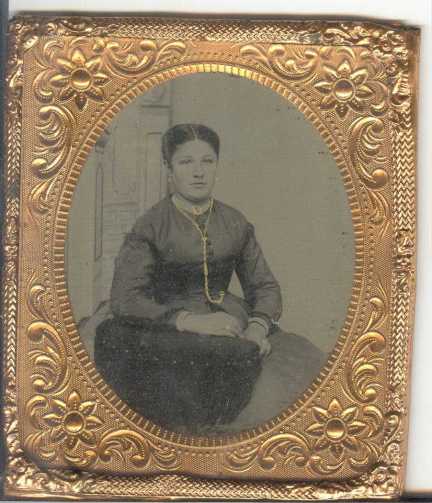 Here is an image of the Wachter/Clementz wedding as it is recorded in the Zion, Pocahontas church books.

We also have this wedding photo of the Wachter/Clementz couple.

Right before his wedding, the 1900 census indicated that John Wachter was living with the Ernst Bruhl family working as a horseshoer.  By the time of the 1910 census was done, John and his family were living in Jackson, Missouri.  He was then referred to as a blacksmith.  This family  had five children listed in that census.

John’s World War I draft registration indicates that he was still living in Jackson in 1918.

The 1920, 1930, and 1940 censuses all indicate that John and his family were living in Cape Girardeau.  In all those years, John shows his occupation as blacksmith.  In other words, even after many changes in transportation and technology, including the increasing use of automobiles, John continued as a blacksmith.

Here is a photo of John and Emma taken later in their lives.

John and Emma died within one month of each other in 1940 and are both buried in the Cape County Memorial Park Cemetery in Cape Girardeau, Missouri.  I also found this photo that someone took of John’s grave when he was buried.

All in all, the Wachters had ten children, and only one of them died as an infant.  There are still plenty of Wachters around here, and I am sure quite a few of them could call John and Emma part of their extended families.