I will be telling the story of a person with Perry County roots today, but I will also promote a few events and a business.  First of all, today would have been the 137th birthday of Edward Gaebler, who was born on October 6, 1881.  He was the second child of Samuel and Magdalena (Schilling) Gaebler.  Samuel Gaebler’s story was told in the post, Gaebler the Grocer.  Edward’s baptism is recorded in the Trinity Lutheran Church books in Altenburg, Missouri, but our German Family Tree indicates that he was baptized in Wittenberg.  Edward was born during that time when the congregation in Wittenberg was not officially established yet.  However, services were conducted in Wittenberg in a building that was used both as a church and a school.  Here is Edward’s baptism record.

Because there is no 1890 census, the first census in which we find Edward is the one taken in 1900.  By that time, the Gaebler family had moved to St. Louis.

At the age of 18, Edward was an apprentice machinist.

On June 14, 1905, Edward married Caroline Meyer at Holy Cross Lutheran Church in St. Louis.  Caroline was the daughter of Fred and Caroline (Altvater) Meyer.  Here is a record that can be found in a Holy Cross anniversary book we have at our museum.

Beginning in 1906, this couple began having children.  They had four altogether.  We find several Gaebler entries in the Holy Cross book including these four children.  You can locate them by looking for Edward in the last column.

When you look at this list, you will see that a Gaebler child was born into the Samuel Gaebler family in 1887, so that family must have moved to St. Louis by that year.

In 1918, Edward filled out this World War I draft registration.

The 1930 census shows Edward working as a machinist at an electric company.  Their address was then 3524 Iowa Avenue, which is located very near Holy Cross Lutheran Church, Lutheran Hospital, and Concordia Publishing House.

A street-side map view shows this building at that address today.

After Prohibition came to an end in the 1930’s, Edward must have gone to work at the Anheuser-Busch brewery in St. Louis.  His World War II draft card indicates this.

Edward died in 1946.  Here is his death certificate.

His wife, Caroline, would not die until 1963.  This is her death certificate.

Death certificates can often be helpful in locating family information.  For example, it is on this certificate that we can find Caroline’s father’s name and her mother’s maiden name.

Edward and Caroline are buried together in the Concordia Cemetery in St. Louis.

Since Edward had Perry County roots and also became involved in the beer industry, I decided to take this opportunity to promote two events which unfortunately happen on the same day.  First, in St. Louis, an event titled “Brew in the Lou” will be taking place on Saturday, October 13th.  Here is a video that was produced during a past celebration.  One of the reasons I promote this event is that the proceeds will be used to support Lutheran schools in the St. Louis area.  I happen to be a product of a St. Louis Lutheran school.

For more information about this event, you can find it on this link:

A more local event here in Perry County will take place on the same day.  It is the annual Fall Festival at our neighboring site, the Saxon Lutheran Memorial in Frohna.  Recently, a group of volunteers gathered to participate in the annual making of apple butter, which is a big seller at this event.  Here is a short video showing that process.

Here is a flyer that has been produced to promote this event. 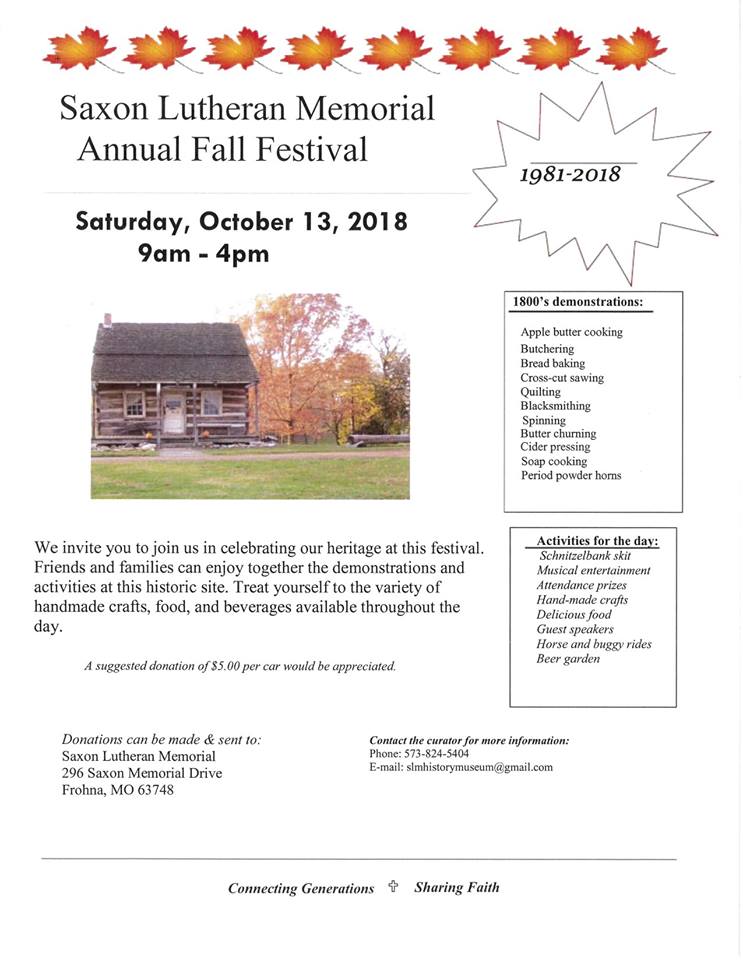 More information about the Fall Festival can be found on this link:

As long as we are discussing beer, let me also point out that Altenburg now has its own brewery.   It is called the Saxony Hills Brewery. 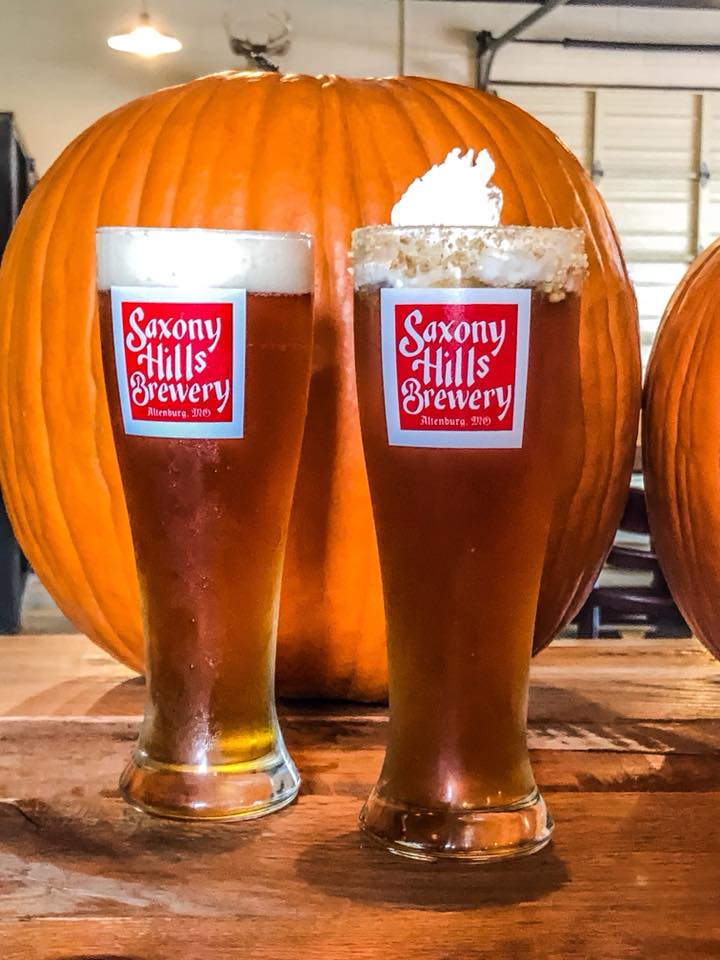 They, too, have a Facebook page that can be found at this link:

Add to this the fact that our museum will be hosting its immigration conference at the end of the month.  October is certainly a busy time for we Lutherans.  By the way, on Saturday, October 13th, if you come to enjoy the Fall Festival, you also might want to stop by our museum which will be open from 10 am till 4 pm.  As always, there is no admission fee.