I was attracted to today’s story by a first name.  Buelah.  To be more complete, her name was Beulah Blanche Childs (or Chiles).  What were my first thoughts?  First, Beulah is not a German name.  Second, it is not a Lutheran name.  I was right on both counts.  So, how did Beulah make it into our German Family Tree?  She married a young man by the name of Paul Kranawetter.

Today is Paul Kranawetter’s birthday.  He was born on February 3, 1876, the son of Joseph and Ernestine (Ruehling) Kranawetter.  We have some photos of his parents. 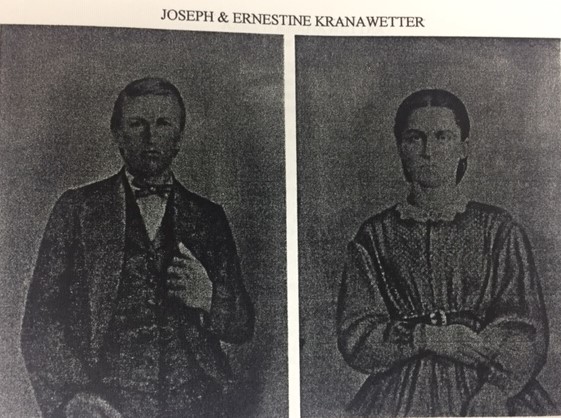 Paul was baptized at Immanuel Lutheran Church in New Wells, Missouri.  Here is his baptism record.

Paul is found in the 1880 census for Shawnee Township in Cape Girardeau County.  He was 4 years old.

Paul’s future bride, Beulah Childs, was born on May 19, 1881, the daughter of Thomas and Louis (Taylor) Childs.  It is debatable whether  Beulah’s maiden name was Childs or Chiles.  We find it spelled differently on separate documents.  When her parents were buried, their tombstones say Chiles.  Her parents are buried in the cemetery of Bethel Baptist Church near Pocahontas, so it is almost certain that Beulah was raised as a Baptist.  I found Beulah in the 1900 census, the same year as her marriage.

I was unable to find Paul in a 1900 census, but I do know he was not listed in his parents’ household during that year.  On October 29, 1900, Paul Kranawetter married Beulah Childs.  Their marriage license says they were married by a judge.

Two daughters were born in the first decade of the 20th century.  We find the Kranawetter household in the 1910 census for Shawnee Township.

In 1916, there were two Kranawetter confirmations that took place at Zion Lutheran Church in Pocahontas, Missouri.  First, their oldest daughter, Esther, was confirmed.  Then a few months later, Beulah was confirmed at the age of 35.  Beulah became a Lutheran.  It is not often that I get to display a record of an adult confirmation on this blog.  As you probably know, Lutherans baptize infants.

Paul had a World War I draft registration completed in 1918 when he was 42 years old.  Paul was a farmer for most of his life.

During the decade of the 1910’s, Paul and Beulah had their three other children, making a total of five.  All of them were girls.  Here is what the Kranawetter household looked like in the 1920 census.

I am not going to go into detail about what happened to all of the Kranawetter girls, but I cannot resist telling a little about their oldest daughter, Esther.  Esther got married in 1925.  Below is the marriage record from Zion Lutheran, Pocahontas.

Esther married Bernhard Mueller.  This entry from Zion’s books says that he was Rev. B. Mueller from Jacob, Illinois.  I managed to find two photos, one showing Esther around the time of her marriage (There is a ring on her finger).  I am fascinated by Esther’s picture.  Her hair style, glasses, and dress all look so typical of the Roaring Twenties.  The other is said to be the photo taken when Bernhard (Barney) graduated from the seminary. 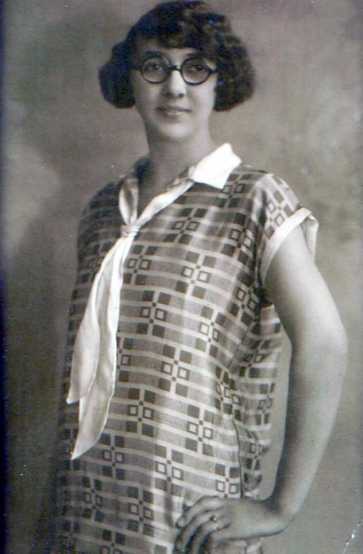 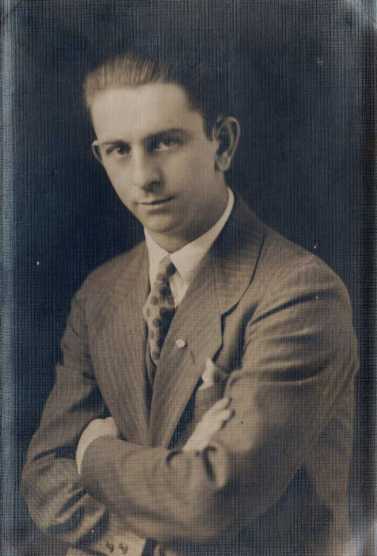 I could not find a Rev. Mueller in the history we have of Christ Lutheran Church in Jacob, Illinois.  They had another pastor at that congregation in 1925.  My best guess is that Barney was a vicar at that church.  There were a few other members of the Kranawetter extended family living in Jacob, Illinois at the time, and it may have been those other Kranawetter’s that introduced Esther to Barney Mueller. It does not appear that Barney continued as a minister because already in 1930, we find him living in Festus, Missouri working as a carpenter.  I did a little search on Barney’s background, and his roots were around Frankenmuth, Michigan, and his father was a Lutheran teacher.

Getting back to Paul and Beulah, we find them once again in the Shawnee Township in the 1930 census.  Only the two youngest daughters, Lulu and Lila, were still living in their household.

In a plat map of Cape Girardeau County produced in 1930, we find the Paul Kranawetter farm very near the village of Pocahontas.

The last census in which we find Paul and Beulah was the one taken in 1940, where we find these two with an empty nest.

We have a Kranawetter family binder in our research library.  It is full of anecdotal stories about members of that family.  I am going to include here a paragraph that describes the Paul and Beulah Kranawetter home.  It was written by some grandchildren of this couple. 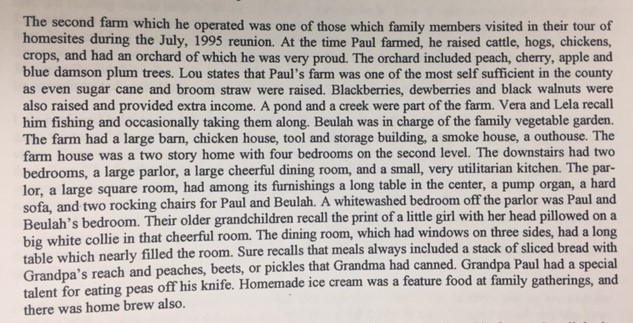 That same family binder has a collection of photos from this family.  I am going to show several of them in a clickable gallery.

Paul and Beulah would live in the city of Jackson, Missouri toward the end of their lives.  Paul would die in 1960 at the age of 83.  Here is his death certificate.

Beulah would not die until 1980 at the age of 99.  This photo of Beulah was taken later in her life on the occasion of a birthday.

Paul and Beulah are buried together in the Russell Heights Cemetery in Jackson, Missouri.

I can relate somewhat to Paul Kranawetter.  I was blessed to help raise 3 daughters, and now have 6 grandchildren, 5 of which are girls.  Paul was also surrounded by pretty girls, just like I am.