The Jahn family certainly seemed to love to have their weddings in the month of May.  We may have another one today, although the date of the wedding is a topic for debate.  The first of the Jahn weddings took place in 1846 in St. Louis, with Justine Jahn marrying Carl Eduard Roschke, but a record of this wedding can be found in the church records of Trinity in Altenburg.  It states that the wedding took place in St. Louis.  As near as we can tell (and we are not experts in the German language), the actual date for this wedding cannot be found here.  The date, May 10, can be found, but we think that was the day when this wedding was announced at church.  It is also described as Cantate Sunday, which indeed would have occurred on May 10th in 1846.  The bottom line of the record is where we think this record tells when the marriage occurred in St. Louis, and it indicates Exaudi Sunday, which would have been on May 24th.  And that is why you are getting this blog today.

Here is where we run into a few difficulties.  First, on Ancestry.com, you can find a St. Louis Marriage record for this couple, and it lists June 20 as the marriage date.  It could be that this wedding could have been recorded on that date and not actually have taken place on that date.  When we look at the records of Old Trinity Lutheran Church that we have in electronic form, it does include the name Carl Eduard Roschke, but it is listed with the bride being Lydia Buenger and has the date of June 1, 1846.  That is definitely not right.  Lydia Buenger married Friedrich Lochner on that date, and all the other information fits that bride and groom.  We are thinking that whoever transcribed the original records of Old Trinity made a mistake here and started recording the Roschke/Jahn wedding, but skipped down one record to the Buenger/Lochner wedding.  It is possible that the Roschke/Jahn wedding did take place there on May 24th.  We are in contact with Old Trinity and are hoping to have an answer to this question soon.

Back to Carl Eduard Roschke.  Eduard was a passenger on the Johann Georg when it traveled to America at the end of 1838.  At that time, he was 23 years old.  When Justine Jahn made the voyage aboard the Copernicus she was 14 years old.  Zion on the Mississippi indicates that Eduard was a tailor.  The Trinity, Altenburg records indicate that profession as well.  So does a book that tells the history of the Western District of the LCMS (which later became the Missouri District).

Here is where it gets interesting.  The book, The Heart of Missouri, contains these lines:

“When the congregation was in its infancy and no teacher was available, it was taken for granted that the pastor would serve also as teacher.  But as the enrollment increased, suitable men were called to take over in the school.  Thus, for instance, C. Eduard Roschke, a master tailor by trade but also a Gymnasium graduate, became the first full-time teacher in Trinity School, St. Louis.”

Not only did a tailor become a teacher, but Carl Eduard was also the first Treasurer of the Western District and served in this capacity from 1854 to 1882.  Here is a photo of him:

Carl and Justine are both buried in the Concordia Cemetery in St. Louis. 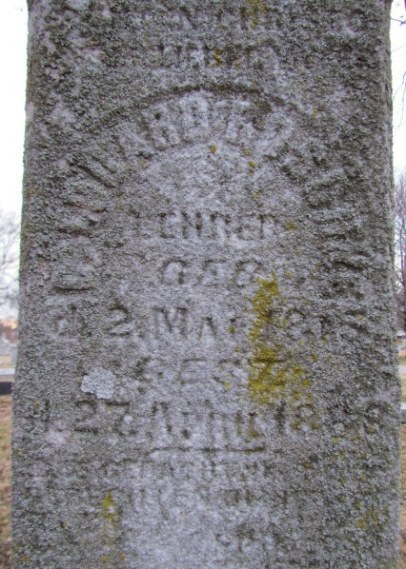 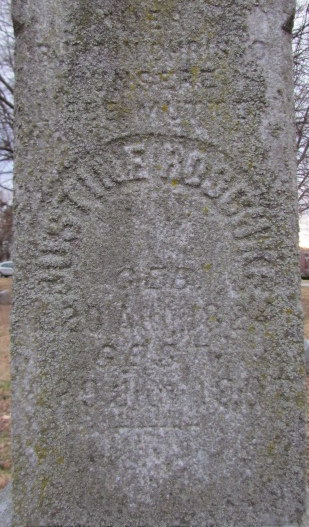 We would like to think that Justine and Eduard made many trips to Altenburg to celebrate the several weddings that took place there after this one.

One thought on “Tailor to Teacher”