November 3, 1922 was a day of infamy in Wittenberg, Missouri.  This little riverfront village in East Perry County, Missouri was the site of a train robbery that made the headlines all across America.

A great friend of our museum and one of our docents, Charles Rauh, has written a book about one of the train robbers who attempted to pull off the train robbery in Wittenberg.  His name was Jack “Quail Hunter” Kennedy. 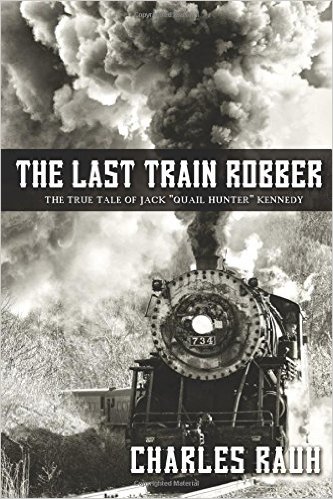 In this book, there is mention of two Wittenberg residents who happened to be on that train when it was robbed.  Those two were Arnold Meyr and Arthur Mueller.  I’m going to spend a few paragraphs telling a little about these two men.

Arnold Meyr was the son of Gottllieb Samuel Meyr.  A previous blogpost told his story….An Austrian Carpenter Marries a Local Girl.  Arnold was 33 years old when the train robbery occurred.  By that time, Arnold had married Alida Fischer.  He had apparently gone to St. Louis and was returning home to Wittenberg on that train the night it was robbed.  The train had been stopped in Seventy-Six, Missouri and the passenger cars were disconnected from the engine, so Arnold and Arthur Mueller were left behind and not in Wittenberg when the train robbers were stopped and shot to death.  Here is a wedding photo of Arnold and Alida.  That wedding took place about five years before the train robbery.

Arthur Mueller was a son of Joseph and Mathilda Mueller. There was also a previous blogpost about Joseph and Mathilda…..Yet Another Mueller Question.  Arthur was 30 years old when the robbery took place.  He, too, must have been in St. Louis and returning home on the train.  Arthur married Ella Nischwitz in 1912.  This couple had already had five children by the time of the robbery in 1922.  The youngest of those children was born in November of 1921, so one can imagine that Arthur may have been anxious to get home before his son’s first birthday.  Here are photos of Arthur and Ella. 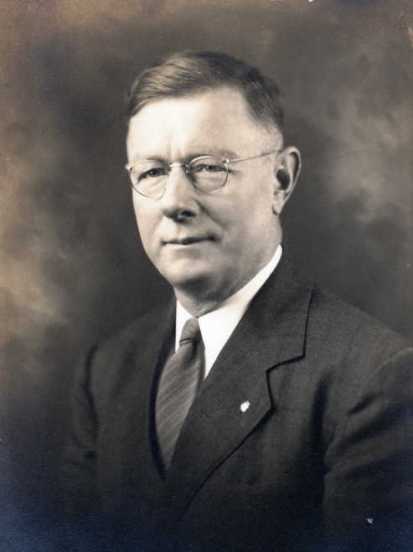 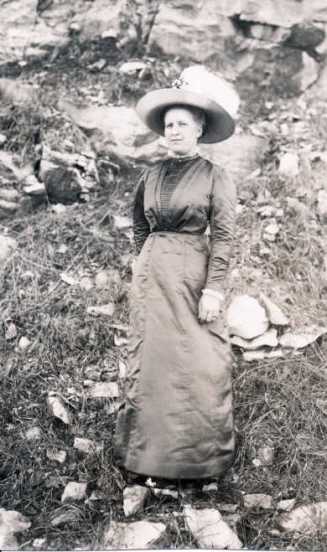 If you are interested in the story of the 1922 train robbery, Charles Rauh’s book is available for sale here at the Lutheran Heritage Center & Museum.  It also can be found on Amazon.com.  We affectionately call him “Sir Charles” here at the museum.  Sir Charles generously gives a healthy portion from the proceeds of his book sales to our historical society.  So by purchasing his books, you are also helping our museum.

9 thoughts on “An Infamous Day in Wittenberg”