The people that may have been gathered at the riverfront in what would eventually become Wittenberg, Missouri on Thursday, December 12th in 1839 probably did not expect the arrival of around 140 more German immigrants.  A few might have been aware that another group of immigrants was supposed to arrive someday soon, but in the age before instant communication like we have today, they would not have known exactly when this group would arrive.

A few weeks earlier, on November 27th, a ship called the Johann Georg arrived at the port city of New Orleans carrying about 140 passengers.  Because this group was under the leadership of Rev. Theodore Carl Friedrich Gruber, they were called the Gruber group. For reasons that I am unaware, this group did not come to America with the rest of the Stephanite immigration a year earlier, but there were apparently some connections between these groups.  Here are pictures of Rev. Gruber and his wife. 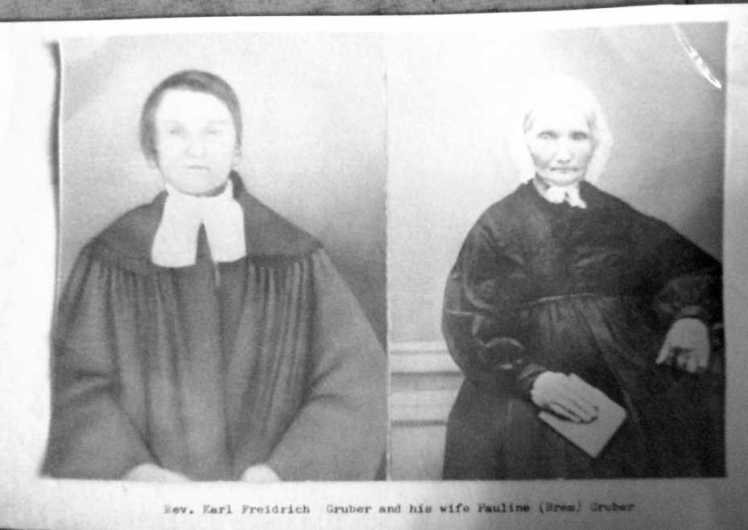 The Johann Georg had brought one of the groups of passengers that arrived about a year earlier.  We wrote about that group in the post, The Voyage Begins.  So this ship managed to return to northern Germany after January of 1839 to return again in December of that same year.  I looked to see if that ship made any voyages in between those times, but I was unable to find any.  Here are the pages of the passenger list from the Johann Georg from November of 1839. 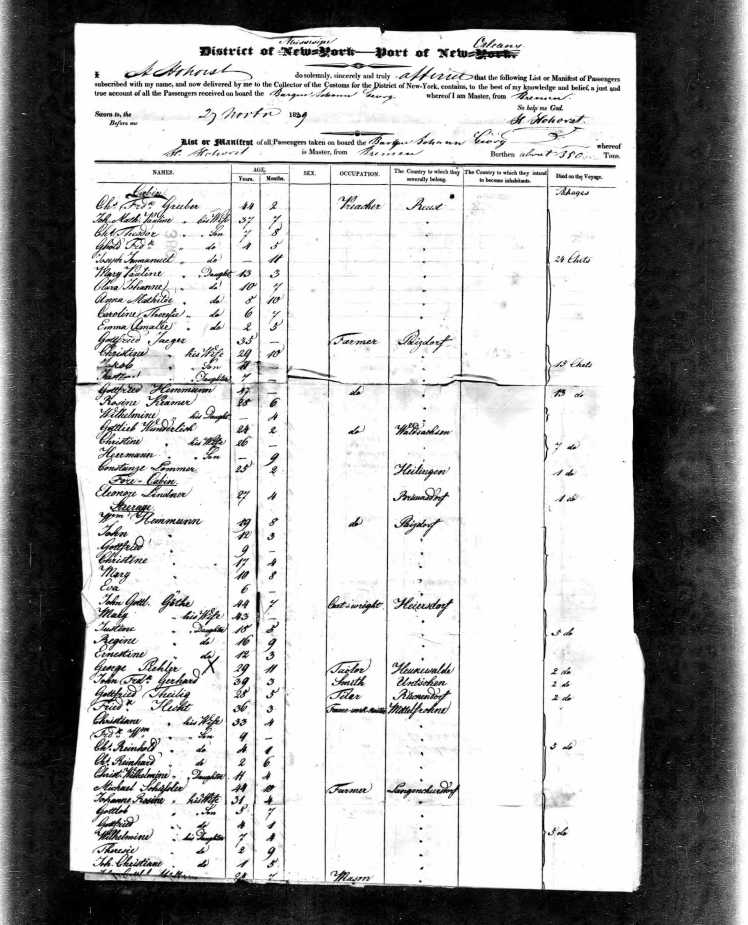 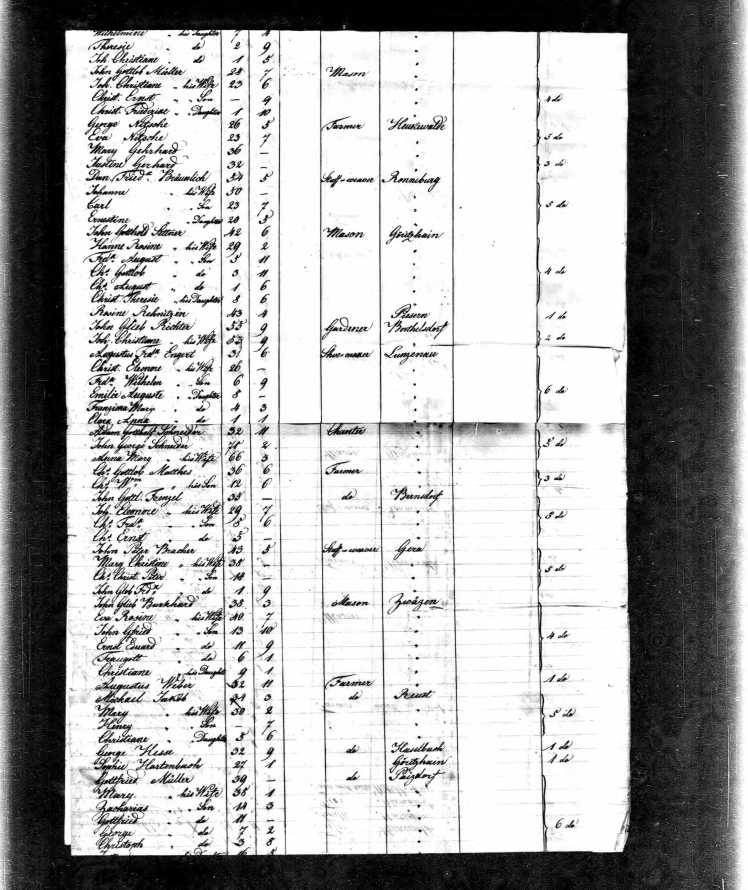 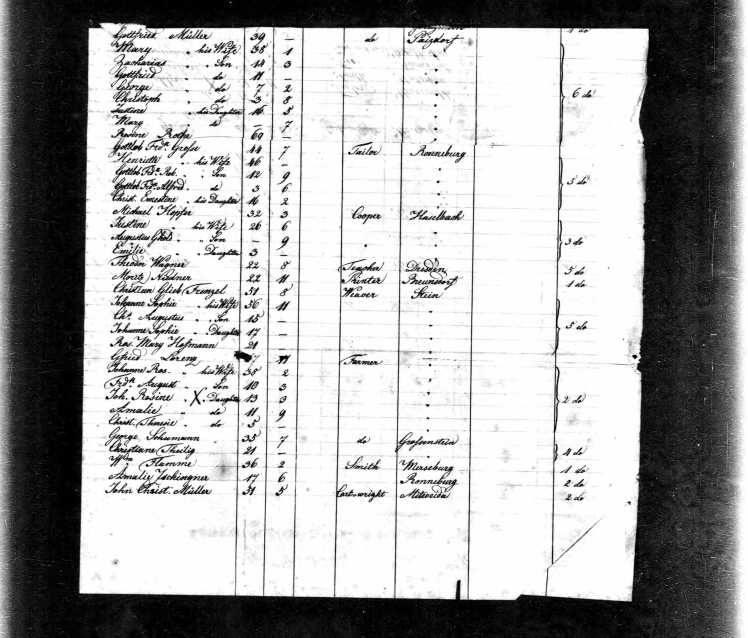 After arriving in New Orleans, the Gruber group boarded a riverboat to travel up the Mississippi River.  Although we know all the names of the other steamboats that carried earlier passengers on the river, we do not know the name of the boat that carried the Gruber group.  We do know that they arrived at the riverfront in Wittenberg on December 12th.  The Gruber group must have been aware of where the previous Lutheran settlement had located because they came directly to Wittenberg.

There also appears to be evidence that some people in the earlier immigration were beginning the process of acquiring land in the area that many of these new people eventually settled.  Fred Eggers, one of our expert researchers, has a theory that a Bock and a Fiehler were already buying property west of the area where most of the previous immigrants had settled in East Perry County.  He says these two men came from the general vicinity from which many of the Gruber group had lived.  To make a long story short, many of the Gruber group settled in an area that they would call Paitzdorf.  They named their new town after a town in Germany from which many of them came and the city where the Gruber group had done the planning for their trip.  Paitzdorf would eventually have its name changed to Uniontown, the name it is called to this day.  Here is a map of the East Perry County area as it appears nowadays.

Pastor Gruber and his group established a church here and it eventually became known as Grace Lutheran Church.  Here is a present-day photo of their church building. 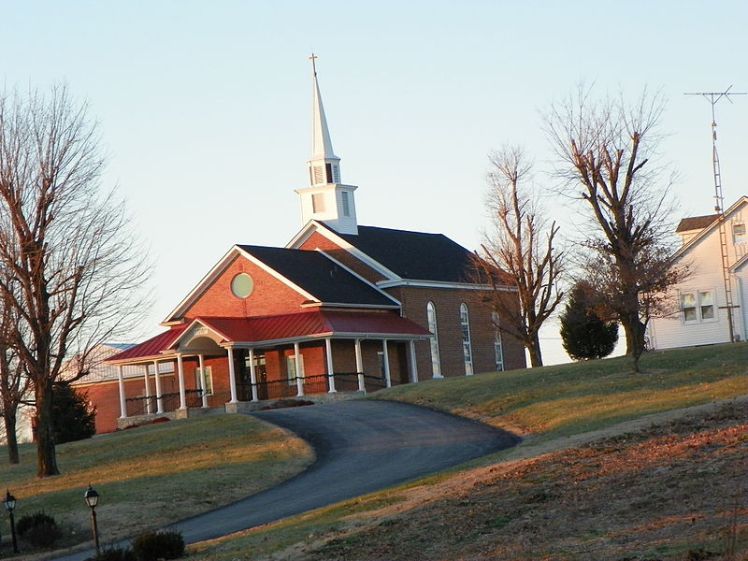 7 thoughts on “The Comeback of the Johann Georg”