The story starts with Joseph Ferdinand Poppitz being born on February 15, 1893.  His life story led me to another story with a broader reach.  First, let’s take a look at a map of the Seelitz area in Perry County from about 1915.  It shows who owned land in that area.

Joseph Ferdinand Poppitz was the son of Ferdinand and Ernestine (Oehlert) Poppitz.  You can see both the name Poppitz and the name Oehlert in this map.  Here is a photo of the Poppitz family.

We can also find a record of Ferdinand’s military service.

Since he is connected to my family, I have known that Hugo Schlimpert was also a veteran of World War I, and he was a neighbor to the Poppitzes.  In this later photo, we see the Poppitz home in the foreground and the Schlimpert home in the background.  You can also see the infamous Stephansberg hill in the distance.  This photo shows how close those families lived to one another.

Here is the record of Hugo Schlimpert’s military service.

I happen to know that Hugo suffered the rest of his life from the effects of biological weapons he experienced in World War I, but his record gives no indication of it.  Here is a Schlimpert family photo. 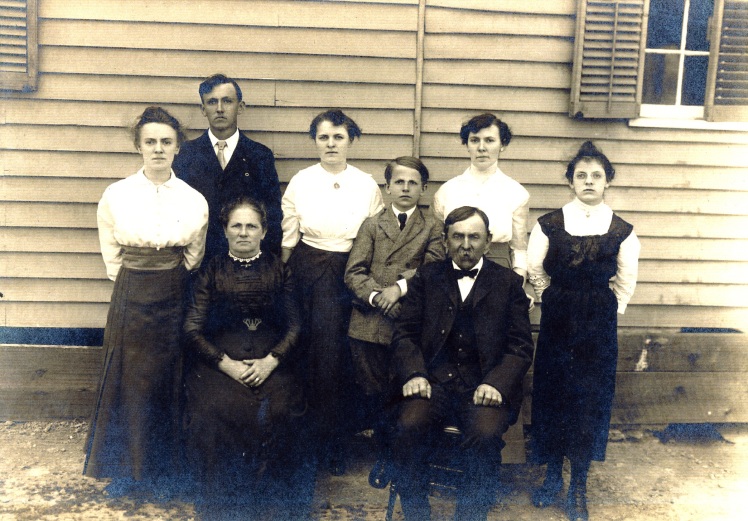 Hugo Schlimpert is the second from the left in the back row.

I decided to look for more Seelitz men who served in World War I, and I was amazed to find three other examples.  Two brothers from the Kuehnert family served the military during this time.  One was Adolph Kuehnert.  Here is his military record.

His brother, Paul Kuehnert, also served.  This is his record.

You can see that Adolph came away with a 25% disability, and Paul was reported as being injured.  Here is a Kuehnert family photo.

The two younger boys in front are Adolph (left) and Paul (right).

Another Seelitz name was Darnstaedt.  Theodore Darnstaedt also served during World War I.  Here is his military record.

It appears that the war ended before Theodore left Camp Dodge in Iowa.

I cannot help but think that at a time in America’s history when German Americans were held in contempt by some as we went to war with Germany for the first time, we see so many young men from a very small section of Perry County that showed their loyalty to the United States of America by being willing to go to war against the country of their ancestors. 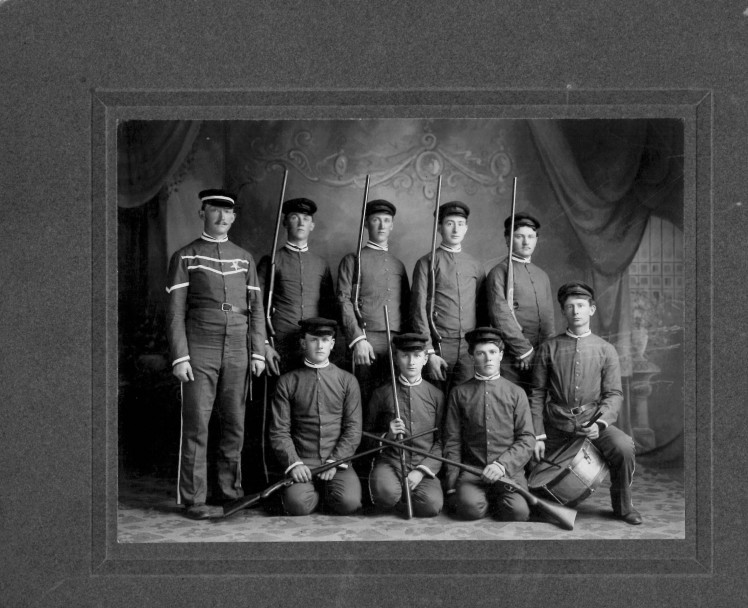