The birthday boy today is Rev. George Albert Schieferdecker.  He was born on March 12, 1815 in Germany and was one of the original members of the Gesellschaft.  He came to America aboard the Copernicus.  On the passenger list, he is called a Candidate of Theology.

In the early years, George served in teaching responsibilities in Perry County and St. Louis.  Then in 1841, he was ordained and started a church in Monroe County, Illinois.  I believe that congregation eventually became Holy Cross Lutheran Church in Wartburg.  He is also credited with organizing Trinity Lutheran Church in Millstadt, Illinois.  Here is what those churches look like today.  Holy Cross is on the left; Trinity on the right. 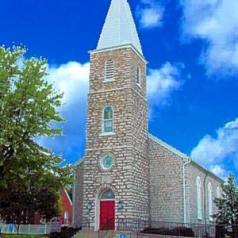 On June 15, 1845, Rev. Schieferdecker returned to Perry County to marry Marie Pauline Gruber, the daughter Rev. Carl Gruber, who was the first pastor of Grace Lutheran Church in Uniontown.  When this marriage took place, that town was still called Paitzdorf.

When Rev. Gotthold Loeber died in Altenburg in 1849, Trinity decided to call Rev. Schieferdecker as their pastor.  He accepted the call, but was not able to get to Altenburg until 1850.  In 1854, the Western District of the Synod was formed, and Rev. Schieferdecker became its first President. 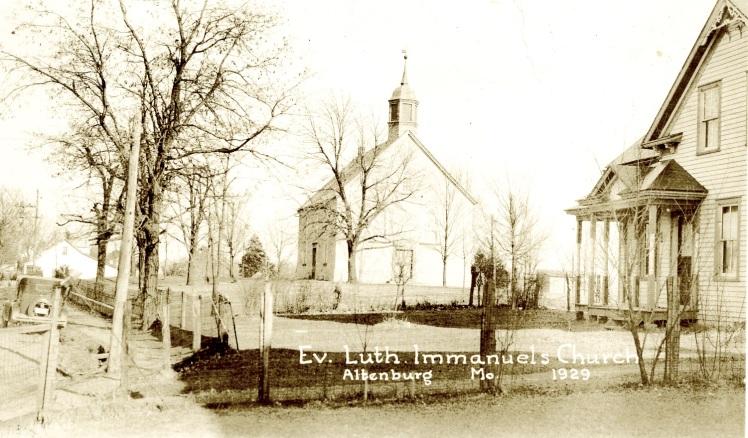 Rev. Schieferdecker remained in Altenburg until 1866, when he left to become a pastor in Clarion, Illinois.  After discussions with others in the Missouri Synod, Rev. Schieferdecker recanted his views on millinialism and rejoined the Missouri Synod.  In 1876, he was serving two congregations in Hillsdale and Coldwater, Michigan.  He apparently did not stay there long.  In 1877, he became pastor of Neu Gehlenbeck in Madison County, Illinois.  That church would later take on the name St. Paul’s Lutheran Church in Hamel, Illinois.  Here is a photo of their old church taken sometime near the end of the 1800’s. 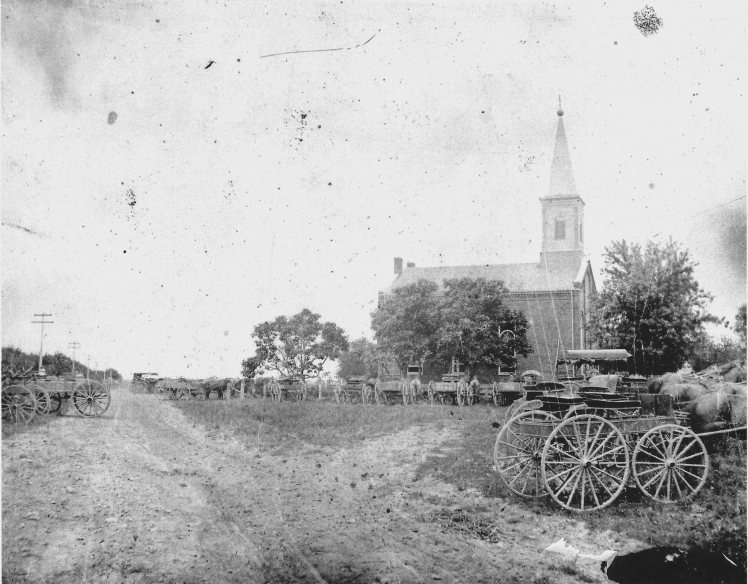 You can see a reference to New Gehlenbeck on the sign at this cemetery.  I would love to know the origin of this term.

Rev. Schieferdecker left the Synod for a while, but eventually returned.  The same can be said for the congregation he started in Altenburg.  On May 26, 1988, after the congregation voted to become a part of the LCMS, Immanuel was officially accepted back.

2 thoughts on “Schieferdecker Splits – Then Returns”