Charles Richard Nennert has contributed much to the preservation of Perry County history.  Many of his photographs and stories are still available to us at our museum.  C.R. was a Lutheran schoolteacher by trade, but when he retired, he returned to his roots, living in Perry County.  He had a passion for making sure the stories of our past were preserved.  He is especially known for his contributions to the history of Wittenberg.  I can easily relate to Teacher Nennert because I, too, after a career in Lutheran education, have returned to my ancestral roots here in Perry County, and I have a similar passion for telling the stories of our past.  And my dad grew up in Wittenberg.

Teacher Nennert would have considered today’s main character his Uncle Robert…..or Uncle Bob.  Robert Lebrecht Nennert was born on August 27, 1857.  He was the son of Friedrich and Amalie (Naeser) Nennert.  The baptism record for Robert can be found in the Trinity Lutheran Church, Altenburg, books.  However, in the 1860 census, we find Frederick and his family living across the river in the Fountain Bluff Township in Illinois where Frederick was a farmer.  It is a mistake for this record to state that Robert was born in Illinois.

Their stay in Illinois must have been short because in 1862, the family was having another child baptized at Trinity.  We also find a military record for Frederick which says he enlisted to fight in the Civil War in 1861 in Perryville.

He served in the unit that was commanded by Captain Charles Weber, who was highlighted in a story here a few days ago.  The 1870 census shows this Nennert family living in Wittenberg with Frederick running a hotel.

Robert was 12 years old at that time.  Sometime before 1880, Robert must have married a woman by the name of Amalia Dryden.  I could not find a record of that marriage.  The 1880 census has Robert and “Mollie” living in Perry County with a 2 month old child and Robert as a farmer.  This couple would have five children, the last one being a stillborn in 1888.  Then Mollie disappears.  I could not find a record of her death, but in 1891, we find Robert remarrying.  His second wife was Martha Horn from Cape Girardeau.  Here is his marriage license.

We also know another fact that may explain some of this.  In 1891, Robert’s brother, Carl Friedrich, moved to the vicinity of Christ Lutheran Church in Illinois.  Carl was also Teacher Nennert’s father.  He became the first postmaster for that area which was then named after him.  It was called Neunert (Nennert).  We can see this area on this present map which shows a Neunert Road as well as Christ Lutheran Church.  The road going north on this map heads to Jacob, Illinois.  The red tag shows the church’s cemetery. 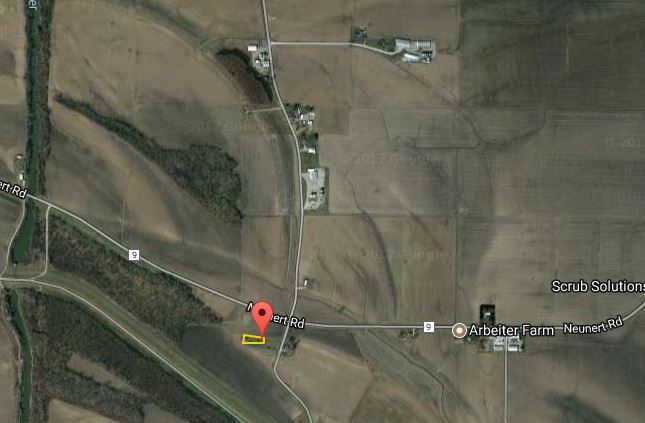 It may have been that Robert joined his brother across the river for a while.  Carl died in January of 1899, and Robert’s last child was born later that year.  I have this feeling that after Carl died, his brother moved back across the river to Perry County.  In the 1900 census, we find Robert living in Wittenberg and he has begun a profession that lasted the rest of his life.  He went to work on the river.  He is shown here as being a steamboat mate.

In some records titled “Register of Civil, Military, and Naval Service” for the years 1903 and 1905, we see Robert officially working on a boat out of Claryville, Missouri which is located across the Mississippi River from Chester, Illinois.  He was working aboard the Steamer Wm.R. King in 1903.

In 1910, Robert was still a steamboat mate, but he was living in St. Louis.  He died on September 5, 1913 and is buried in the St. Paul’s Lutheran Cemetery in Wittenberg.  Here is his gravestone. 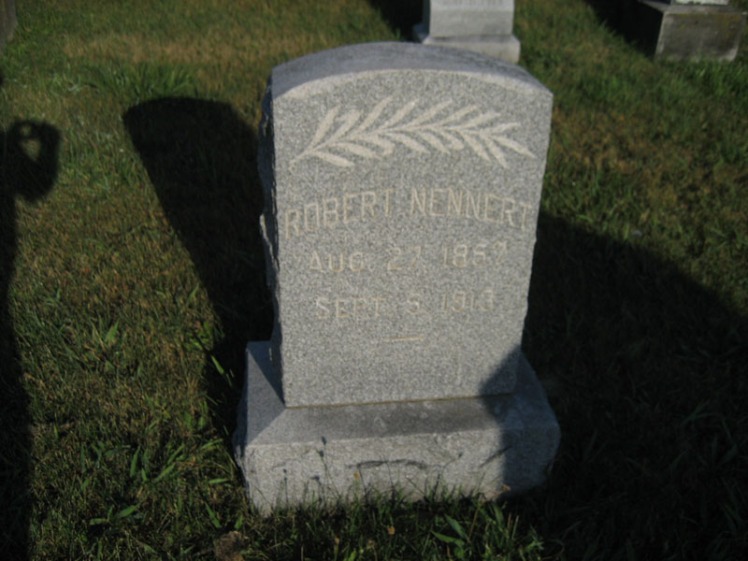 In this city directory, we find Martha living in St. Louis as a widow in 1914.  One son and one daughter were living with her.

On this form it says Martha’s mother’s maiden name was Bock, but I could not find a connection to the Bocks from Perry County.  That doesn’t mean there isn’t one.  Martha is buried in Park Lawn Cemetery in St. Louis along with the same two children she was living with in 1914. 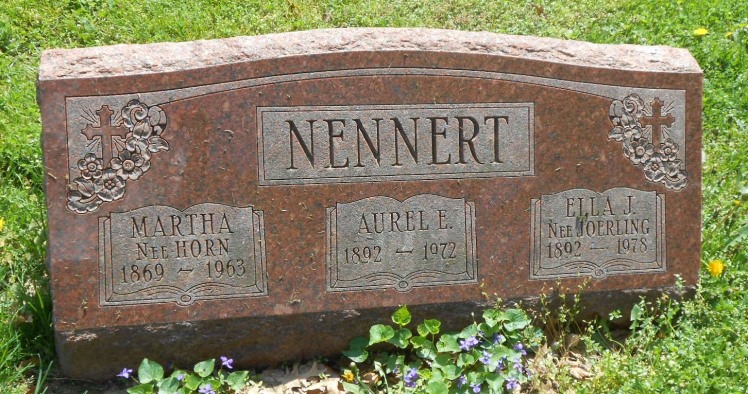 Teacher Nennert was born in 1905, so he must have remembered his Uncle Bob as being a river man.  We still have a few local residents who make their living on the river.