I have seen the term “engineer” given in the occupation column of several censuses from Perry County from back in the 1880’s and early 1900’s.  That term does not have the implication that one would have for the word “engineer” nowadays.  This definition can be found in a modern dictionary.

“A person who designs, builds, or maintains engines, machines, or public works”

When I think of an engineer, I think especially about someone who designs machinery.  However, back in the early days of Perry County, an engineer would have been a person who maintained and operated an engine of some sort.  I have seen cases where an engineer worked in a flour mill, on a steamboat, or with threshing machine.  Today’s story is about a sawmill engineer.

The sawmill engineer’s name was Johann (John) Leonhardt, but his story is told on this date because today would have been his wife’s 155th birthday.  John was born on December 22, 1851, and the Trinity, Altenburg church books say that he was baptized at his home on December 28th, the first Sunday after Christmas.  John was the son of Gotthilf and Christiane (Burkhardt) Leonhardt.  This is his baptism record.

The first census in which we find John was the 1860 census for Altenburg.  His father is called an engineer.  John is called Gottfried in this census.

The Leonhardt name disappears from the next two Perry County censuses (1870 and 1880).  I suspect that they may have moved to St. Louis because there were plenty of Leonhardts in that city over the years, but I could not find a census there that seemed to match this family either.  I know there was a Leonhardt that was involved with the Saxon Mills in St. Louis.

The next records I could find for John Leonhardt were the ones documenting  his marriage in 1885.  His bride was Victoria Frentzel of Uniontown.  Victoria was the daughter of Carl and Emilie (Hopfer) Frentzel.  A couple posts in the past have mentioned Carl and Emilie.  Here are their photos. 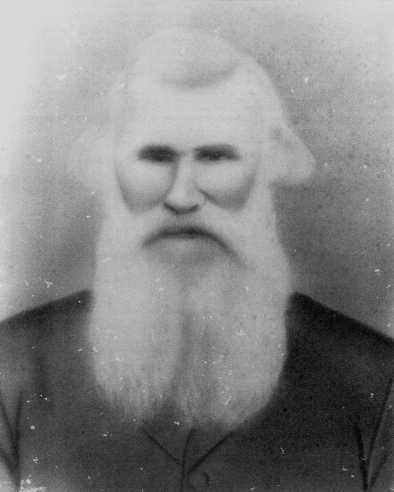 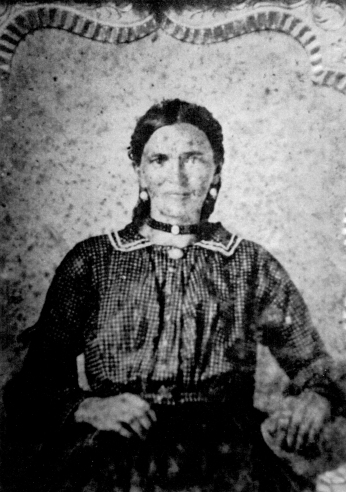 Victoria was born on September 18, 1863 and baptized at Grace Lutheran Church in Uniontown.  This is her baptism record.

John and Victoria were married on November 15, 1885.  This is the record you can find in the Grace Lutheran church books.

And here is their marriage license.  This form says John was from Perry County.

When John and Victoria had their first child (who died after just one month), that child was baptized at Trinity Lutheran Church in Altenburg.  All their other children were baptized in Uniontown.  After the first child died in 1886, they had a set of twins, one boy and one girl, in 1888.  All together, they had six children shown in our German Family Tree.

The next census in which we find John and Victoria is the 1900 census for the Uniontown area. Five children are shown here.

At about the time of this census, a photograph was taken of the students attending the Uniontown Lutheran school with Herr Kanke as their teacher.  It is said that Johnny Leonhardt is one of the students in the picture.  Your guess is as good as mine as to which one he is.

In that 1900, this is what is recorded for John Leonhardt’s occupation.

John was an engineer at a sawmill, maintaining and operating the engine that was needed to power the saw.  This is not the mill that John used, but it gives an idea what a sawmill looked like back in those days.  They would transport the sawmill to the location of the trees being made into lumber.

The 1910 census still has the Leonhardts living in Union Township with John having his own sawmill.  Here is the place on that census that shows his occupation.

That was the last census in which we find John because he died in 1919.  Here is his death certificate.

John died of cancer of the stomach in 1919 at the age of 68.  The form says John was buried at the Uniontown Lutheran Cemetery, but you cannot find his grave on the Findagrave.com website.

The 1920 census finds Victoria Leonhardt living with two of her children in St. Louis, Missouri.

Victoria died in 1937.  This is her death certificate.  The cause of death was a ruptured appendix.

Victoria was buried in the Sunset Park Cemetery in St. Louis.  Here is her gravestone.

I have written several posts lately in which I have not been able to post photographs of the people involved in the story.  I wish I had photos of John and Victoria today, but I don’t.  Hopefully, I’ll find a story with photographs of more people soon.