Wikipedia describes bock beer as “a strong lager of German origin”.   Also, the word, bock, in German means he-goat or ram.  I will attempt to tell the story of several Bock’s today.  Eventually, I will tell at least part of the story of four generations of Bock’s, three of which carry the name Michael Bock.  I chose this topic today because of a Bock wedding that took place on this day in 1841.

Let’s start with the first Michael Bock.  I will call him Michael, Sr.  He was born on September 13, 1788 in Jonaswalde, Germany.  He married Johanna Hemmann, who was from Paitzdorf.  Paitzdorf and Jonaswalde are located quite near each other.  Their fourth child took the father’s name, and I will refer to him as Michael, Jr.  He was born in Jonaswalde on August 1, 1817.  In the lead-up to the departure of the Gesellschaft in 1838, Michael, Sr. and Michael, Jr. decided to emigrate to America.  However, Michael, Sr.’s wife, Johanna and the rest of the family decided to remain in Germany.  We have a record of an official meeting that was held in Jonaswalde concerning this matter. 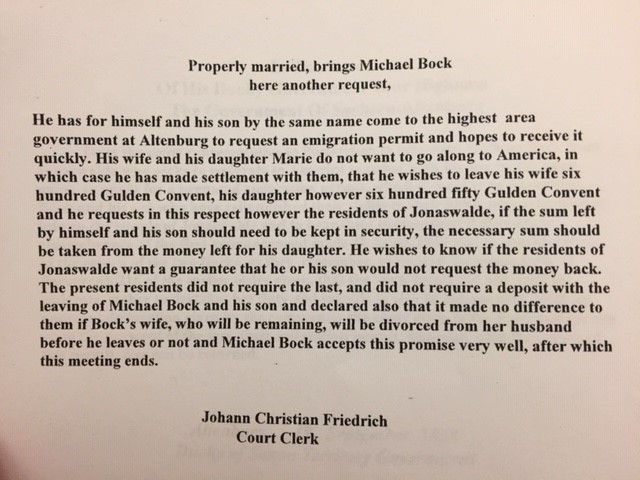 The two Bock’s came to America aboard the Copernicus, the first ship to arrive in the United States that was part of the Gesellschaft.  There is a little problem with this statement.  Zion on the Mississippi states that both of the Bock’s were aboard the Copernicus, but if you look at the passenger list, only Michael, Jr. is listed.  Right next to Michael, Jr. is the family of Gottlob Fiehler, whose wife was a sister to Michael, Sr.

In November of 1839, the Gruber Group arrived in New Orleans aboard the Johann Georg.  On that ship was the family of J.G. Hemman, who has been mentioned in several previous posts.  He, like so many others aboard that ship, was from the Paitzdorf area.

The first marriage included in the church records of the Paitzdorf, Missouri congregation (later called Grace Lutheran Church in Uniontown) was the one for J.G. Hemmann and Rosina Hoffmann.  The second marriage was the one in which Michael Bock, Jr. married Christine Hemmann on today’s date, January 14th, of 1841.  Below is the record for that marriage in the church books.  It extends over two pages, but I will only show the first page.  It has the critical information for this post.

The 1850 census shows the Bock family.  The census taker wrote his name as Buck.

Michael, Sr. must have died sometime between this census and the next one in 1860, but his death record is not in the church books.  The 1860 census is shown below.

The Bock’s had five children on this entry.  Our German Family Tree lists six children, but their oldest daughter died at the age of ten before this census was taken.  The youngest of their children was Michael Bock III.  I find it interesting that both Michael, Jr. and Michael III were not the firstborn sons in their families.

I will not spend as much time on Michael Bock III, but I will show a few photos of him and his son, Ernst Bock.  Michael III operated a harness shop in Uniontown.  Ernst took over that position later.  We can see these two in this photograph taken at their shop. 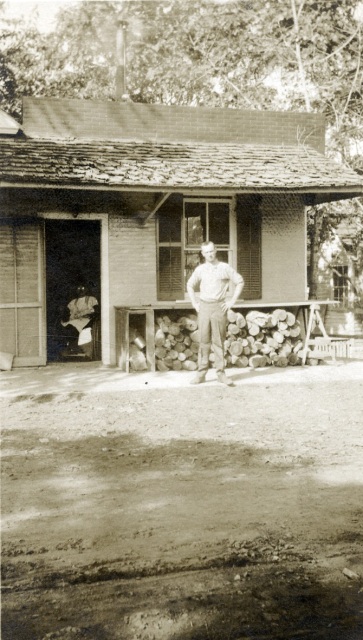 Michael III is sitting in a wheelchair in the doorway.  One of his legs had been amputated because of his diabetes.  I made a close-up of this photo. 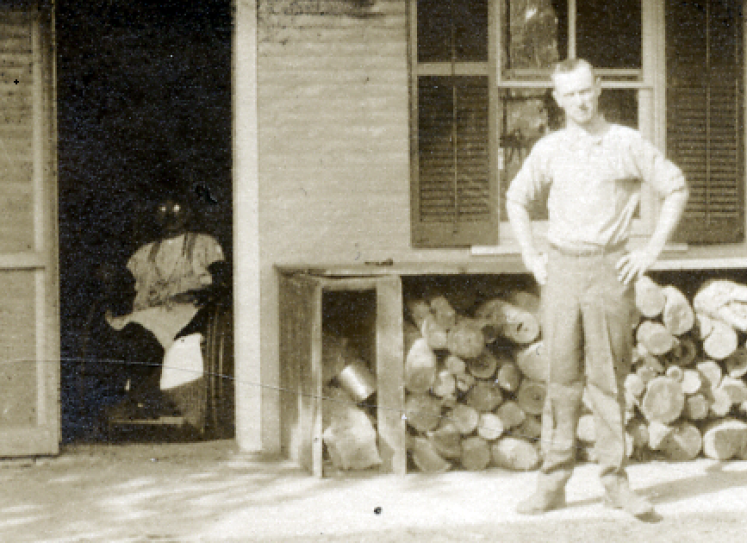 In an earlier photo, we see Michael III and Ernst among a gathering of other men from Uniontown.  They are gathered around a barrel of beer. 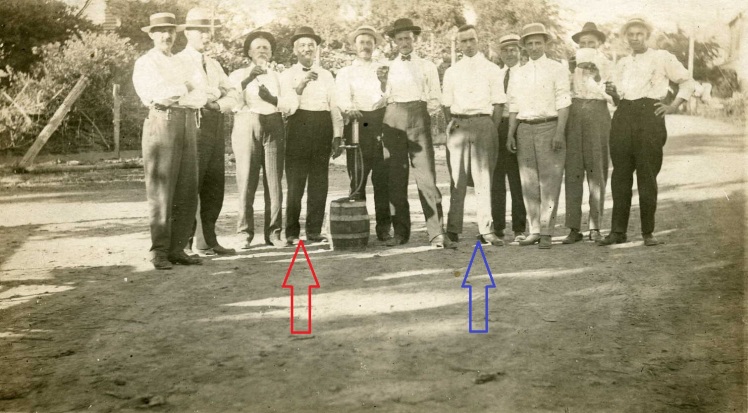 Michael III is indicated with a red arrow; Ernst is with the blue arrow.  This looks like these men were gathered for some sort of celebration.  It is said that bock beer was often brewed for special celebrations, like Easter.  Perhaps the barrel is full of bock beer.

I have only shown two of these photos here.  I located a few others with Ernst Bock, and it seems like most of the photos of Bock men have them holding a beer.  In fact, in this 50th anniversary photograph of Christoph Mueller, we see Ernst on the front left holding a tray full of beer.  Ignore the arrow.  That is Rev. Hoeschen, also holding a beer. 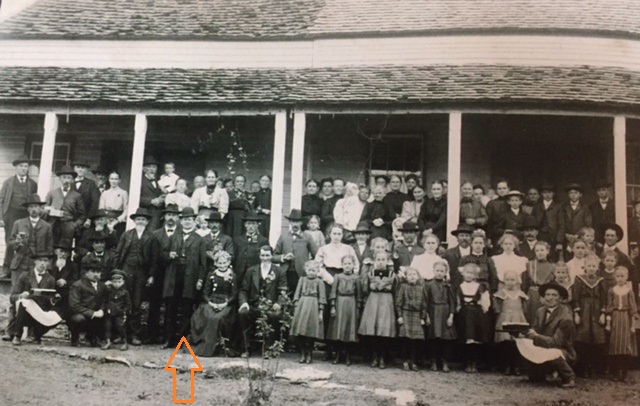 That brings us up to today.  One of the well-known volunteers at the Saxon Lutheran Memorial in Frohna is Bill Bock.  He is a descendant of this Bock family.  Here is a photo of Bill placed next to an enlarged photo of his ancestor, Michael III. 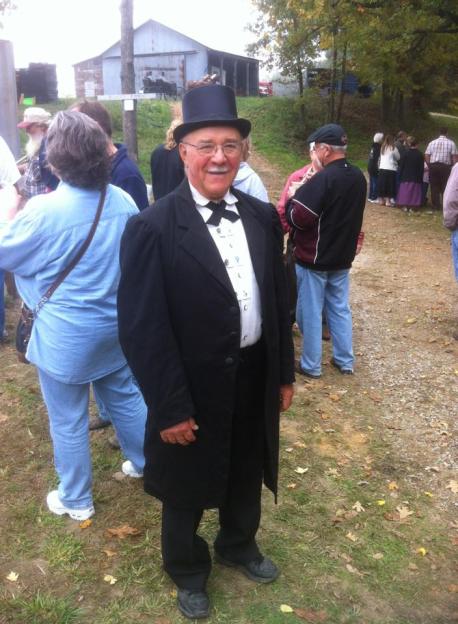